When bubble wrap first came out, it was a joy. I could either pop the bubbles one by one or wring it for a “pop-pop-pop-pop-pop-pop” sound. It looked like this:

The other day, Cuz brought in a package that held a replacement item from Amazon. I love ordering from Amazon because if anything anything is wrong with an order, they’ll make it right and pronto. Anyway, the replacement item was very well wrapped. I was ecstatic! It was a sheet of bubble wrap. But, was it? The bubbles wouldn’t pop. I let Cuz take it and the box away.

Today, I got a shipment from another company. The item I’d ordered was wrapped in bubble wrap? Nope. It was the new stuff. The stuff that won’t pop. IT looks like THIS:

You see all those little channels between the bubbles? Those are airways that just lets the air go from one bubble to the next. No popping. No fun. I don’t like. Bring back real bubble wrap!

Change isn’t something that goes over really well these days. Hulu has replaced my queue with a “Watchlist”. I liked having everything in one place by date. When I asked “WHY??!” I was referred to a help article. I’d like to be given an option, not just have the layout hijacked with no warning.

But enough about that trauma/drama.

When I looked out to see if there were any takers for the Catz’ food, I was surprised to see Six, one of the original Catz and the mother of the black cat and his gray sibling (male or female still unknown). It was the first time in months she’d put in an appearance here though Cuz had assured me she was still around. I didn’t dare open the storm door so all of these are taken through a glass, darkly. 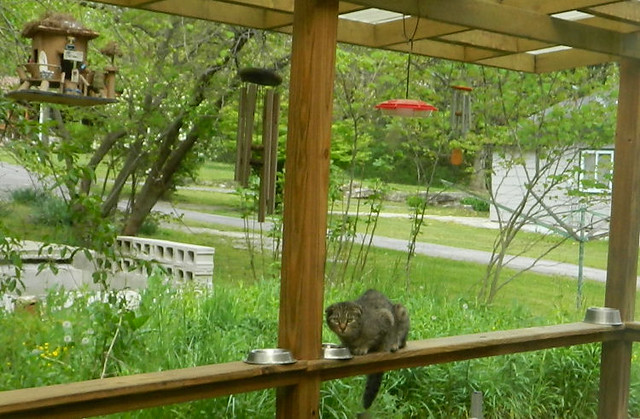 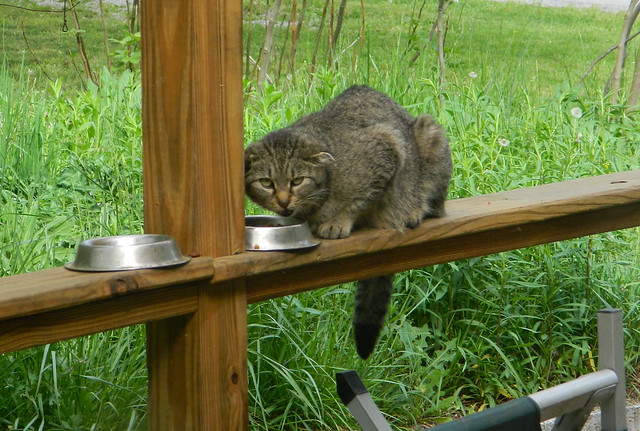 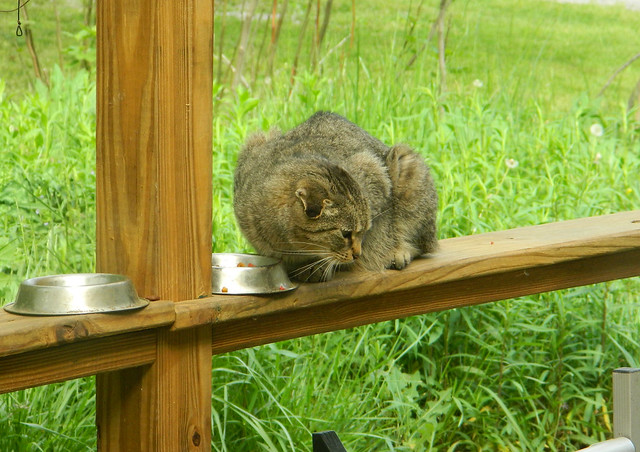 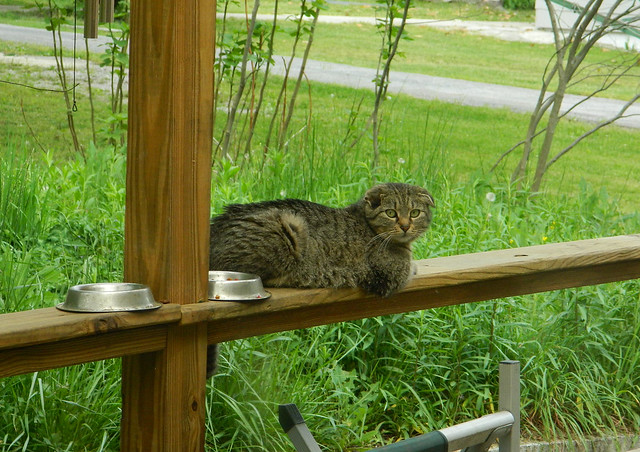 She seems to be able to hear okay but she’s still as skittish as ever.

My sister tried to call me today because she was having trouble getting an order to go through on eBay. The phone closest to me was dead so I didn’t get to one that wasn’t in time to answer. She figured it out, though, and has either ordered online for the first time or second. She isn’t sure which. Me, I’d rather order online than tour the stores when I might not find what I want, anyway.

I worked on less13m but I’ve left linking to BibleGateway for another time.

Vegan Richa has posted a recipe for cinnamon rolls that uses aqua faba for the egg replacer. It looks yummy and it just might inspire me to bake something now that really warm weather has gotten here.

Well, it’s official. Ted has named Carly as his running mate. It’s a little soon for anyone to decide on a VP since NO ONE has made it to the magic number yet on either side. The FBI may be investigating Hillary’s email issue but the Trump University fraud case is definitely going to trial. And what I do is hide and watch.

And the Race Goes On
All Things Considered