Last night, it was 82 degrees when I went to bed. Right now, it’s 73 where I’m sitting and 10 degrees cooler than that outside. Quite a difference. It even rained some which was nice since it is really needed.

When I got the bulletin information, I knew I would have to make a decision. There was an announcement for a memorial that I felt I should attend but it was scheduled so close to the time that church is over, I didn’t know if I would be able to make it after stopping to eat lunch. I wasn’t sure about trying to do two services in one day, either, so I ended up not going to church.

On the way to the memorial, I had to pass right by the cemetery where Mother is buried so I did a drive-by of her grave. It was nicely mowed, I was happy to see.

The memorial was very nice and well attended. As a matter of fact, the church was packed. I didn’t wear my hearing aids so I understood very little of what was being said. I sat next to a woman who was married to a distant cousin. She informed me that she and the deceased were born the same year. When I told her I was, too, she looked amazed and said, “You’re THAT old?” Well, yes. I’m older than she is by six months.

When I enquired about the well-being of my cousin’s family, she informed me that her husband had died over a year ago. I had no idea. She said it was in the paper but I’m not a subscriber. She had been gone with some other family members and came home to find him in his recliner looking peaceful. We never know…

I guess a meal was announced because someone asked me if I were staying. No, I wasn’t and I didn’t.

The Catz met me when I got home. I feed them in shifts now since the adults (other than the mama, Six) won’t eat when the Kittenz are eating.

The third kitten came to get its share of the food. 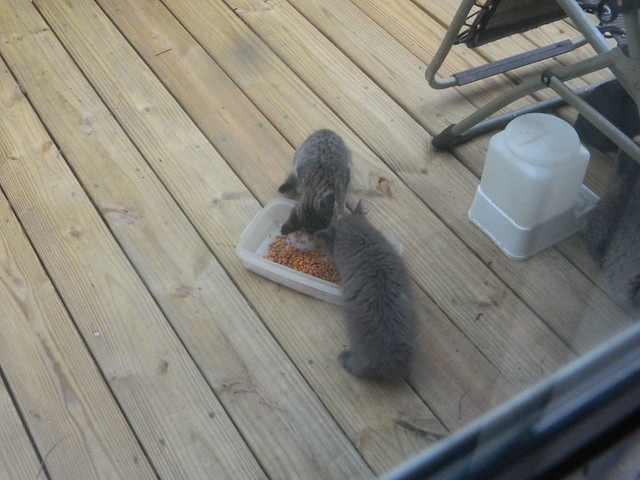 One of the Catz and the neighbor cat were waiting their turn. 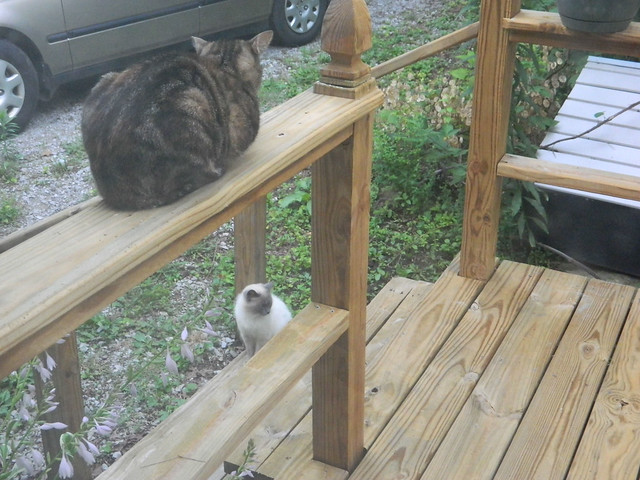 Once, the neighbor cat got close enough to bat at one of the Kittenz and hiss but that didn’t bother it. It stood its ground.

The black kitten is still very skittish and ran off a little distance when it saw me. 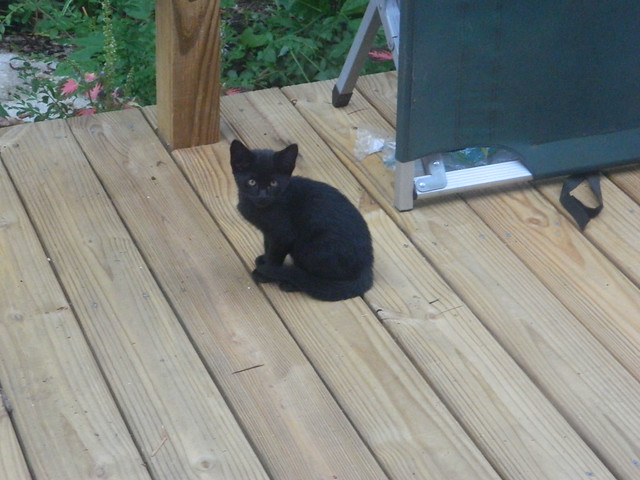 It wasn’t long, though, until it joined Six and its siblings at the food bar. 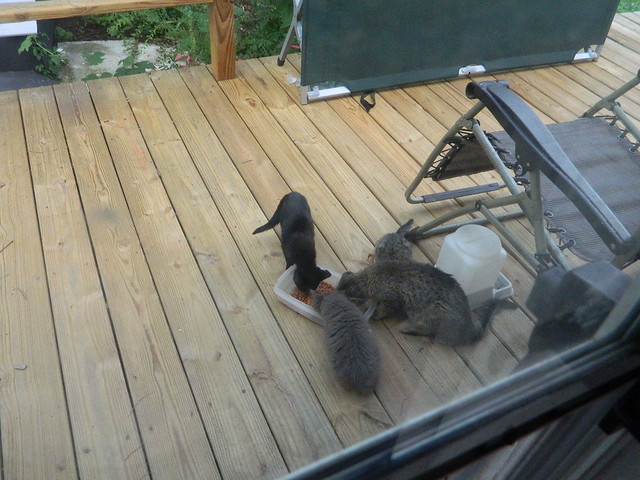 That’s about all the news I have for the last two days. Life in the fast lane, for sure.