It isn’t winter—not even close. Last night was cooler (though still a little warm for good sleep) and today has been so cool I’ve had to close the kitchen window and turn the fan on low.

I’m so sleepy, I’m going to cut this short. I got up earlier than usual so I’d have time for a shower before my nurse friend got here to give me my B12 shot. When she arrived, she pulled up behind my car. Brave woman.

She came in and set to work. Expertly drawing up the liquid, the shot was over and done in a matter of a minute or two. When I complimented her, she said she’d been doing it for a long time and that was true. She was at the hospital when I was hired and still there until well after I’d left.

After she’d disposed of the needle, she admired the woods right behind the house. She noticed the pictures on the walls that were in my office at the hospital. Before she left, she went out on the deck and was interested to see how large my hosta is. 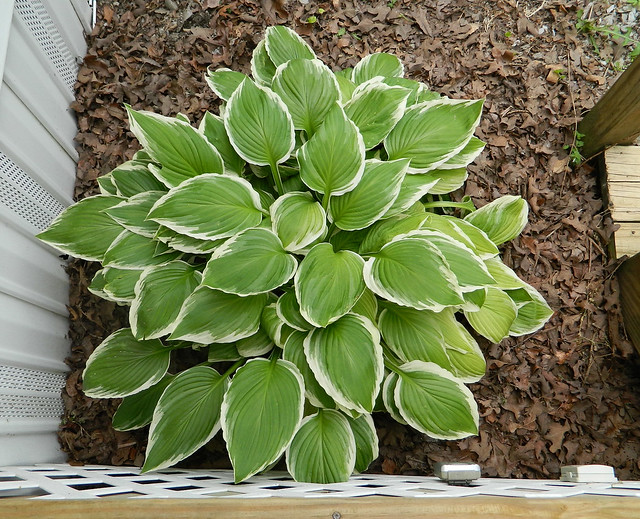 I got a cute Mother’s Day card from DD and her SO today. She’d written a brief note on it, too, thanking me for my hard work getting the place ready for them to visit. I keep telling her it was mostly Cuz. I couldn’t have done 1/10 of what she did.

Far as I know, the CP got sprung from the hospital today. My CIL was at the house and said he’d fed the Catz. Either he didn’t give them very much or the garage door was left open enough for a dog to get in and help itself but I had four of them over here begging for food.

I fixed the poke stems and got them too salty but I et ’em anyway along with the rest of the poke. I know it was supposed to do for two more meals but there wasn’t enough. I’ve also exercised, run the dishwasher and done a load of laundry. The last is in the dryer even as i write.

It’s a good thing I’m getting this done early. It might not have been written at all otherwise.

Just Pokin’ Around
At It Again