It’s been something like seven weeks since I started on the chocolate saga. Yesterday, I finished the ginger (good, but Theo needs to use bigger pieces of ginger). This morning, I accessed the box and [drum roll] got the promised Theo Chocolate Congo Vanilla Nib 65% Dark 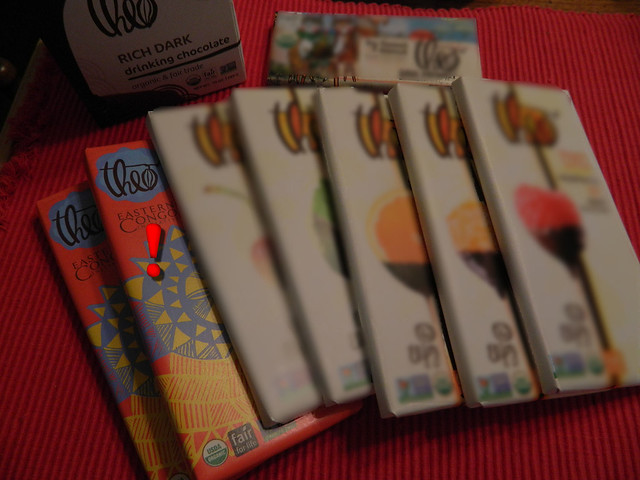 It got down to 11 last night and is currently 19. It’s supposed to be about the same tonight but tomorrow night will probably see below zero temps here at home. The prediction for the valley is 2 degrees. The flushing of the commode earlier today signaled the freezing of the septic tank line. With temperatures below freezing the next few days, I’ll be flushless. I was hoping the last session would be the only one this season.

Besides the ice, there was snow. Not a lot but it was there. 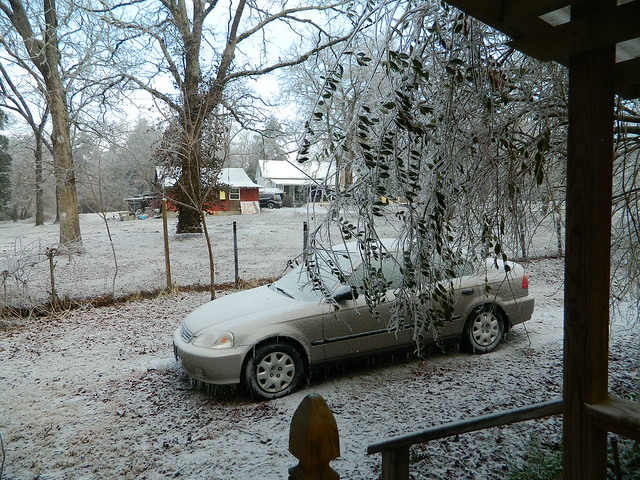 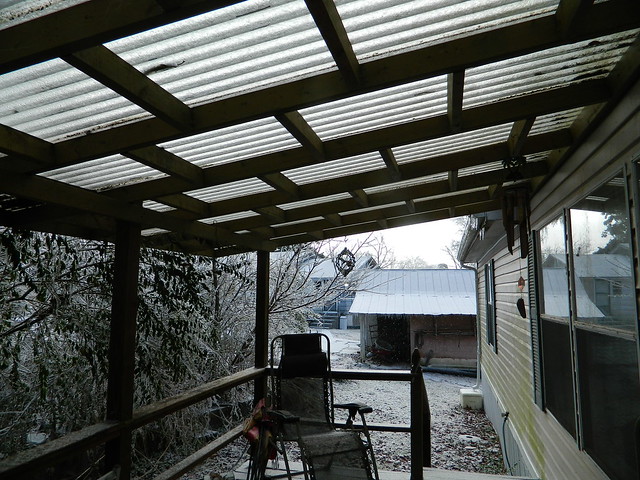 I haven’t gotten a lot done today. I’ve mostly keeping warm. Thankfully, the power has stayed on and I hope it continues to do so. I had four Catz on the deck so I opened the bag of cat food and fed them. They were hanging around after that so I gave them some water. All but one smelled it and walked off. At least that one got a drink.

My niece called this afternoon and found out why I prefer emailing. I spent most of the conversation coughing. She didn’t talk as long as she would have otherwise, I’m sure.

Neither snow nor rain nor heat nor gloom of night stays these couriers from the swift completion of their appointed rounds.

That doesn’t say anything about ice. My percolator and ice cream scoop was supposed to be here when?

I don’t know what time zone they’re in but it’s after 8 here by an hour and a half. I’m not surprised, though. The last place the package is showing up is Nashville. I was hoping to not have to use a saucepan to fill my hot water bottle but I’ll live. As for the delivery people, I want them to all be safe.