Well, it’s been something like six weeks and the wait isn’t over. Next is the Chocolate Ginger for eight days and THEN it will be time for the Vanilla Nib. I finished the Chocolate Cherry Almond today and it was ever so yummy but still not up there with my favorite. 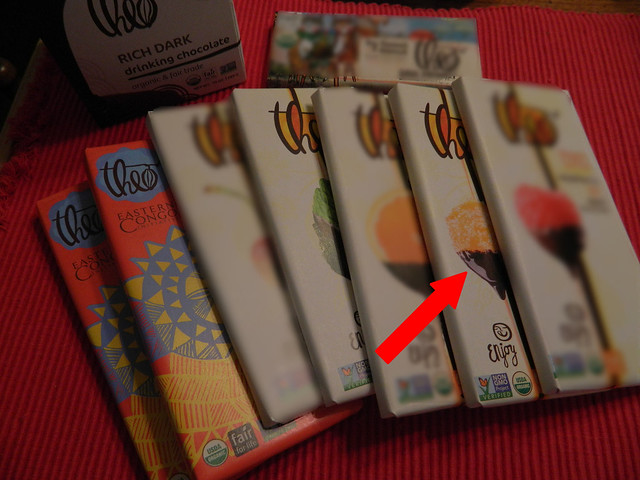 I have no idea what kept me awake last night but something did. It couldn’t have been the chocolate because that was consumed too early in the day to have an effect. Maybe my dozing in the bathtub was mistaken for an all-out nap. In any case, I hope tonight will see me in the Land of Nod much earlier.

When I was able to sleep, I dreamed that my successor and I were singing together. I don’t know if she sings at all but we were both warbling up a storm. When I’d try to harmonize, I’d get her off-key. Two men joined us and we made quite a quartet. I need to practice singing. It’s something I seldom do any more but if it would help my breathing…

After I bragged about not coughing, I made up for it last night and today. At least there were sunny skies to help me feel encouraged if nothing else.

DS1 called this afternoon and we had a short conversation. I’m to be taken out to eat to celebrate my 71st. Since whatever I ingest can result in a coughing spell, I hope it doesn’t. It’s embarrassing not to be able to control it.

It’s another cold night on the mountain. The low in the valley is supposed to be around 18. It’s most of 28 right now so it still has a way to go to get as cold as that. In the meantime, the dishwasher is running and I hope to have water coming in AND going out this time tomorrow.

Mem’ries
An Embarrassment and a Birthday