Time has crept up on me tonight and I’m getting a later-than-usual start. That may be, in part, because I got up late this morning. It was another dark one and, without the sun to wake me up, I tend to keep right on snoozing. The only sunshine was what was in my soul and I need it recharged. Days and days of gloom tend to get me down.

When I looked out the kitchen window, it was obvious that it had snowed—again. If all these bits and pieces came at once, there might be something measurable. Now we’re up to what? Four snows? Five? I’ve lost count.

The picture below is to satisfy merm’s requirement for proof. 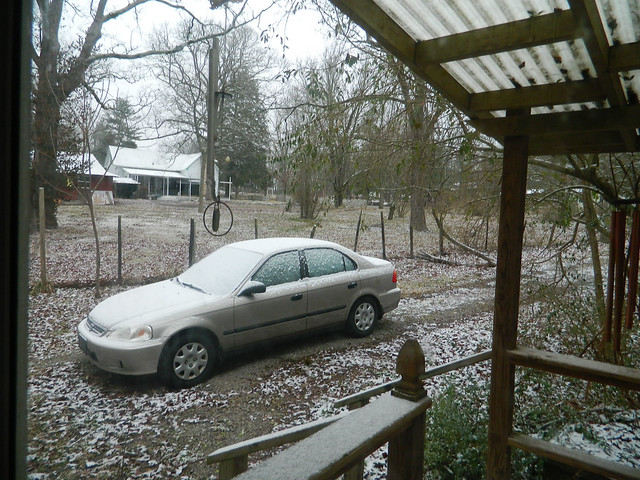 I got smart and took that while standing inside the storm door where it was warmer.

There really isn’t anywhere this fits but you know how some people keep butter in the butter keeper? Here’s how I use mine. 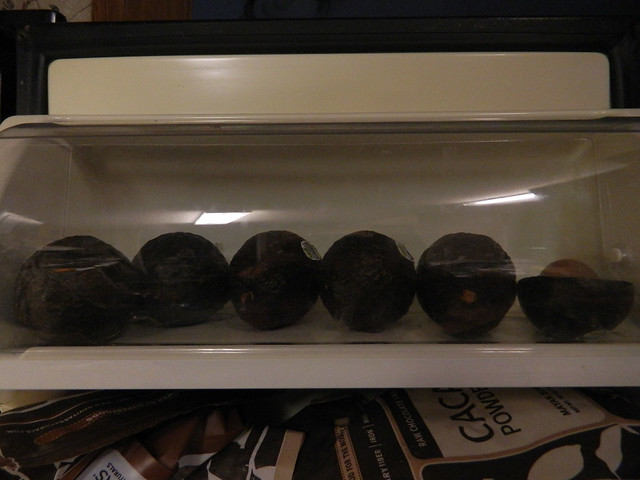 See that half on the right end? I had it for breakfast so all of the remaining avos were moved to the right and the last one that hadn’t been in the keeper was added to the left end.

My day hasn’t been super-productive. I did walk to the mailbox—twice. It was the first time in over a week that I’d been out there. For my trouble, I got several flyers, a catalog I didn’t want or need and something from Humana. Something like 90% went in the garbage.

The doctors must’ve read my blog. The friend with the blood clot will be in the hospital until Thursday, at least. She’s on blood thinners and has to lie with her leg immobile.

It was with deep sadness that I read the disappeared couple had been found dead. I had been so hoping they were alive and well and just off on a lark. The family has asked, in lieu of flowers, donations should be made to House of Hope where the husband used to volunteer.

For the rest of us, life goes on.

4 Responses to Sunshine in the Soul