When I woke, it was to clouds. Not unusual, by any means. Then it cleared off enough for the sun to break through. It was glorious—while it lasted. By the time DD called at almost 3 o’clock, the clouds had moved back in again. Her weather sounded so much better than here! I got jealous!

A few minutes ago, I pulled the Weatherbug Chrome app up. It said there’s currently rain in my town. I haven’t heard anything but when I opened the front door, I could hear it on the roof. It’s just barely coming down. Here’s what the app says for the rest of this week. 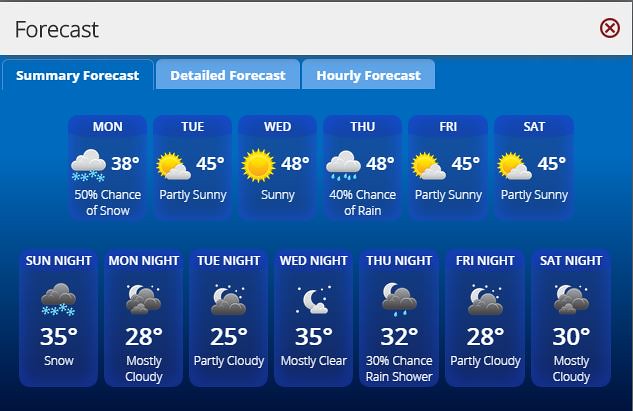 Other than the weather, DD and I discussed her job. The way it works confuses me but I guess as long as she understands it, it’s okay.

I’m getting ahead of myself, though. Backing up to last night, I had an almost hour long coughing episode. It wore me out to the point that I could barely pry myself out of bed this morning. I don’t know if it was the lime juice in my salad that precipitated it but whatever it was, I wish it wouldn’t happen again. 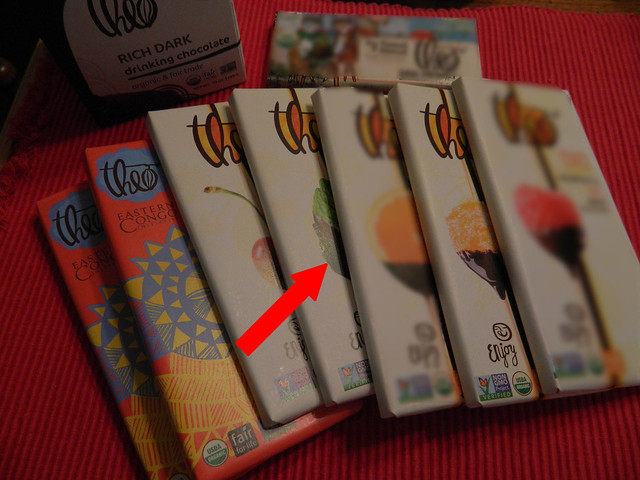 It’s good but I’ve never been a huge fan of mint and chocolate together. I like the mint chip ice cream but the ice cream itself buffers it. Maybe I could get some coconut vanilla bean and shave this into it? I can’t eat that every day, though. Do that for a week and I’d be as big as a house.

After DD and I had our half hour conversation, I started cleaning the kitchen range. There’s still more to do to it but I got a good start. Besides that, laundry and dishes, I’ve sat in my corner and breathed the output of the diffuser.

I think it’s time for me to retire again. Members of my family post pictures of missing people who have been found anywhere from days to months ago. I come along and do the legwork of finding they are no longer out of pocket. Why they can’t do a simple search and settle it for themselves before they post is beyond me. Facebook is filled with missing persons who are no longer missing. Just one of my pet peeves. I should just ignore it and let it be.

Right now, there’s a couple who is missing for real but I don’t see anything on their Timelines. I’ve known people who have bought and sold things on Craigslist with no problem but I’d probably end up like the couple—missing. I have shared their page since it’s valid and am hoping and praying they are found, safe and sound. The sad thing is, there are many 1966 Mustangs listed on ebay that could have been just the ticket.

On that sad note, I’ll wind this up. We can hope for good news in the morning.