Last night was another sort of decent night’s sleep. I’m getting resigned to never being fully comfortable in bed again. The current wedge is better than the other one but I still like being able to sleep and not be on a slope. I guess that isn’t part of my future. At least I can turn on my side with this one if I want.

It was the first morning in many that I woke to sunshine! That made me feel better, for sure. I still cough in spite of the diffuser going most of the day and night. I’ve gotten so used to the smell of the oils, I don’t notice them any more.

Today was the day I’d set aside for Twinkle’s memorial. Late this afternoon, I put on my coat and went out to take care of the placing of the little marker. The ground was wet from the recent rains but I scrounged enough rocks to sort of ring her grave. 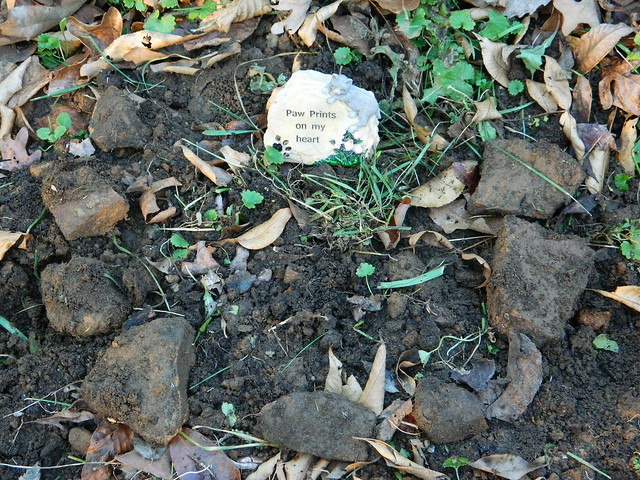 The rocks were very muddy so I wiped what I could off my fingers on the weeds.

Here’s a closeup of the marker: 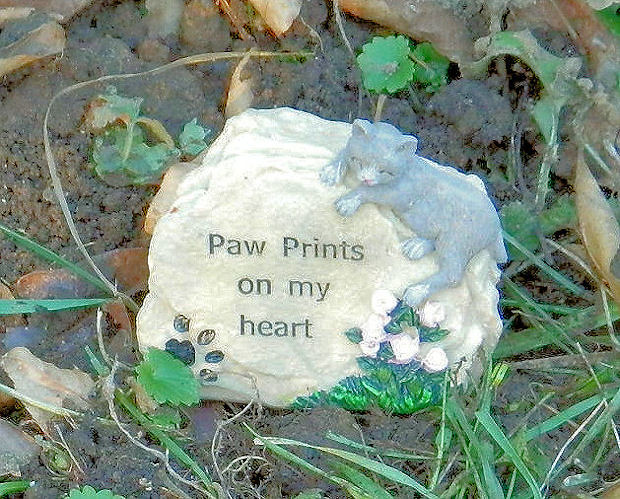 I said, “Twinkle was a good cat,” dodged Catz and came back in the house.

It’s been a week or more since I’ve seen Big’Un. He was friendly without getting right underfoot.

Now we’ll take a sharp right and go off in a different direction.

When I was at ALDI last month, I bought a couple of small pomegranates for 49 cents each. I don’t know why I do such things. I know they’re good for me but I don’t even like them that much. Well, yesterday, I decided I would use one. I juiced a pink grapefruit, poured the juice in a glass, and then juiced a pomegranate. I strained the juice and poured it in with the grapefruit juice. Here’s what it looked like: 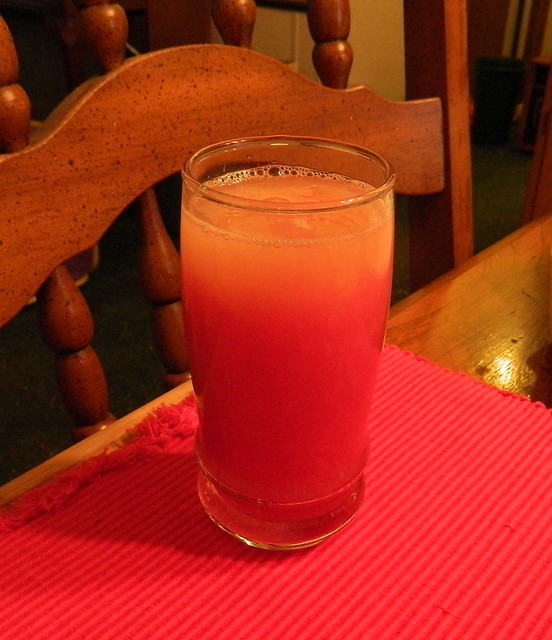 It tasted as good as it looked! This morning, I repeated the action and it was still just as good. I have two more pomegranates that are about twice as big that I got at Walmart. They were priced at over $2 each but I did the old match trick and got them for 49 cents, too. Now that I know how good the mix is, I’ll take my life in my hands and repeat it. Citrus is supposed to be a no-no with reflux but so far it’s been okay.

Bedtime approaches so I’m going to call it a day.

4 Responses to The Memorial