Cuz texted that she would do the feeding today so that let me off the hook. It’s handy that she let’s me know. Otherwise, I’m over there in the afternoon whether I need to be or not.

This morning, I was out sunning when I spotted the van. Cuz came out of the house, waved, and was gone. It was nice to see her even at a distance. Later, she texted me, “it was gd 2 c u listening 2 the doc” I texted back that I figured it was about time.

Big’Un had joined me at first but when he spied her, he knew there was food to be had. I was forsaken. I took some pictures of him yesterday but didn’t post them because it was Twinkle’s time to shine.

I’ve tried to catch him with the other Catz to show the difference in size. They’re bigger than Twinkle and he’s bigger than they are but that’s not much in the way of reference unless you’ve seen them in person. Here’s a series of Big’Un all by himself. 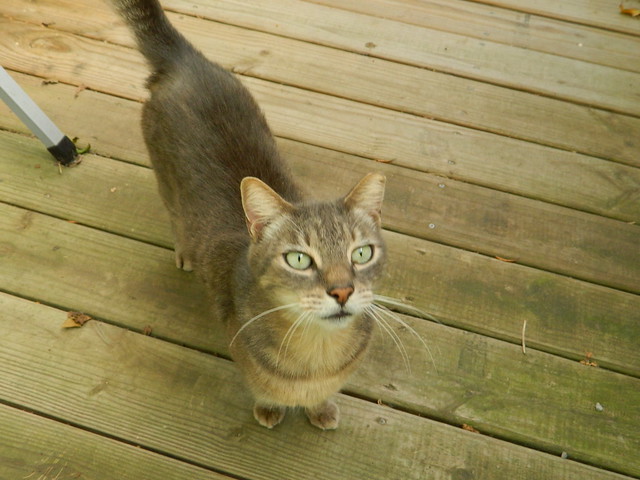 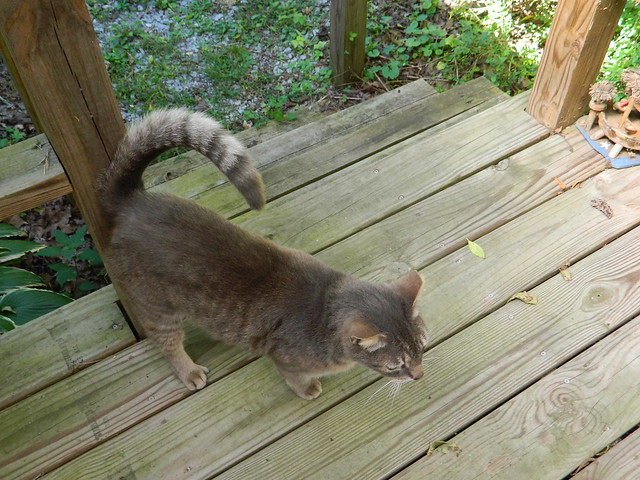 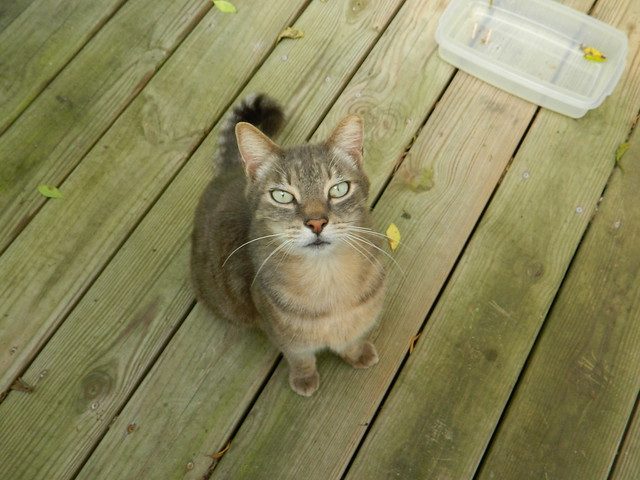 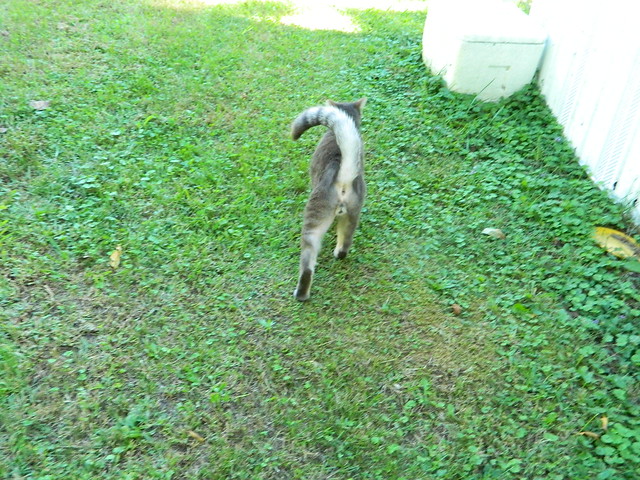 I almost let the afternoon appointment with Ol’ Sol slip by. I got out later than I intended but it was nice and warm by then. Big’Un joined me until he was convinced I wasn’t going to spend 15 minutes petting him. He went to a different part of the yard and indulged in a siesta.

Nothing exciting has happened today. I ate some more of the mac ‘n’ cheeses. Nothing had changed since yesterday. I still prefer the Daiya.

After I got a refund for the battery that didn’t seem to want to charge, somehow it worked. I emailed the company and let them know so I could pay for it. I got an email back,

There is no way for us to charge you.
Thank you for being honest about the battery.
Please feel free to keep the battery as a gift from us.

So now I have two batteries for my phone. They should do me for a good long while. The other one lasted three years. Anyone want to tell me how to keep them both going for twice that long?

Happy Birthday to Twinkle!
Half a Dose

2 Responses to Always a Boy