Doctors who send out emails are the coolest. There’s no chance to misunderstand (unless they’re worded incorrectly) and I have a record of the exchange. My lab work was back and my PCP was letting me know the results. They were, for the most part, good. My fasting glucose was a bit high but my HbA1c was normal and that’s the important number.

My B12 is in the lower part of the normal range so I’m to continue with supplementing—now if I can find the injectible. I still don’t think the patches are sufficient and my hair is starting to come out in the comb. My vitamin D is low so he wants me to take 2000 units a day and get 30 minutes of sun. I recently started back on D3 but it probably hadn’t been long enough to make a difference.

“HDL was 60 and that is good, total and ldl were 198 and 122 and triglycerides only 80…really good. Kidney function and blood count all were good as well. Thyroid is perfect.” See what I mean? All down in black and white. Now, if only my lungs would cooperate…

I took a few minutes and went to visit my cousin in her shop. She was busy but she stopped long enough for us to catch up.

Well, my cell phone battery didn’t charge completely and, plugged in overnight, it lost what charge it had. I emailed the company. It was the last one like that they had so they refunded the money. Since then, it’s charged to 94% but it’s been turned off so I don’t know if it’s holding the charge. I’ve ordered another one from a different company (DUH!) so we shall see what we shall see. It’s a good thing I’m not addicted to my phone. I’d be lost. Or shopping for another one. DS1 said I needed a new one but he rethought since I make phone calls with it maybe once every month or two. It’s plenty good enough for that and I can surf the WWW with it if I get desperate.

This morning, I woke shortly after 6:30 and made it to the church by lesson study time. I sat on the back pew where it’s warmer than anywhere else in the church and the Computer Owner joined me. She has a irritated place on the inside of her forearm. It itches and burns. She’s been putting tea tree oil and hand sanitizer on it because that calms it down for a little while. I told her to wash it when she got home and put MelaGel on it. That’s the most soothing thing around. She’d ordered some for me so she got a “pantry pack” and kept a tube and a little hickey-do of it (sorry to get so technical). I’ll be interested to see if it worked.

After the speaker (the Cavalry) had spoken interactively with the congregation for most of the service (I could hear him but not the participants unless they were more or less facing me) there was an audio clip that was played. I understood maybe three words of it. The talk was about Gideon.

The GO Veggie! cheese slices were sitting in my fridge and threatened to sit there until they petrified so I took them to the pianist. She was glad to get them. She’s wanted to try it but nowhere around here sells the vegan variety. I told her it has carrageenan and she looked a bit dismayed. I guess the tad she’ll get can’t cause that much harm.

My Personal Shopper friend’s husband asked if I like eggplant. DO I?? It’s only one of my favorite vegetables! Well, they’d brought me some. He went and fetched it from their van and there were three in the bag.

I went to the nursing home to visit Genese. One of the residents was in her room when I got there but eventually left so Genese and I could talk freely. She’d gone to the Mother Ship for an MRI and seems to have injured the lymph nodes under her arm. She’s getting swelling like she’s had in her left leg for a long time. She had me pull the cover from her leg and it looks horrible. It would make two or three of mine and there’s a marble-sized blister on her calf. There’s a series of smaller blisters with redness all over her lower leg and her foot looks like a balloon with toes. I asked her if there is any way to drain it but she said it’s like a saturated sponge. She’s been searching youtube and the rest of the Internet to try to find something that would help but has come up empty. If anyone out there knows of something that would work, she would appreciate hearing about it.

Before lymphedema treatments and suggestions come in to exercise it, Genese’s left side is immobile. If she could move it, there would be options. She can’t go to a treatment center because she doesn’t qualify. And please, please pray for her.

When I got home, I took the eggplant out of the bag. Here’s a glamor shot: 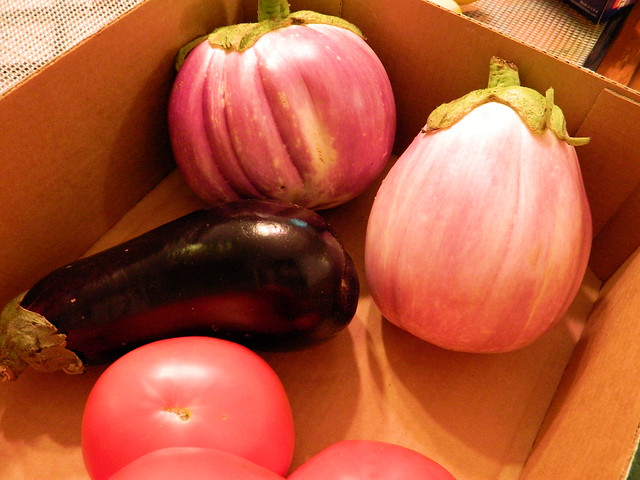 The dark purple one was (yes, was) quite light which boded well for flavor and texture. The other two are pretty heavy. The former was showing signs of deteriorating so I washed it, cut out the bad places and sliced it into thick slices. I sprayed a baking pan with olive oil, laid the slices out in a single layer, sprayed them and sprinkled them with kala namak. Then I baked it for 20 minutes at 350 degrees F. I ate almost half right off the pan. It was so good! The other two are awaiting their fate at a later time.

Tonight, I got an email from Walmart. It did me no good to pick that receipt up and enter it 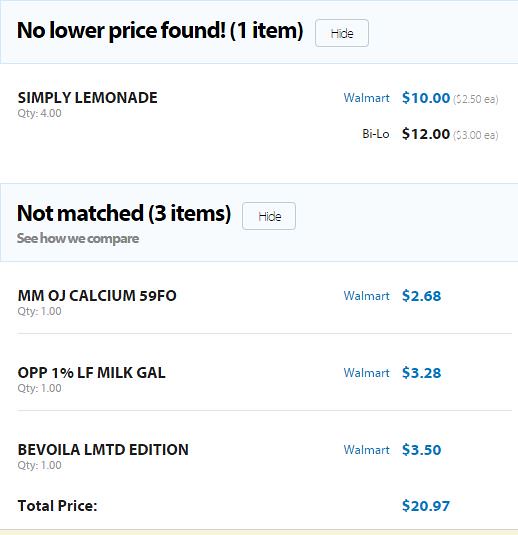 Twinkle is lurking. She’s forever wanting more to eat. Sometimes, all she wants is for her food to be on the side of the dish closest to her. We’ll see what it is THIS time.

2 Responses to Another Saturday Night