September ushers in yet another fruit season—the fall ones. I’m looking forward to persimmons, scuppernongs and fall apples. I’m really not much of an apple person but there are a few I like. I hope I haven’t waited too late to get some Gala apples. They were really good last year. 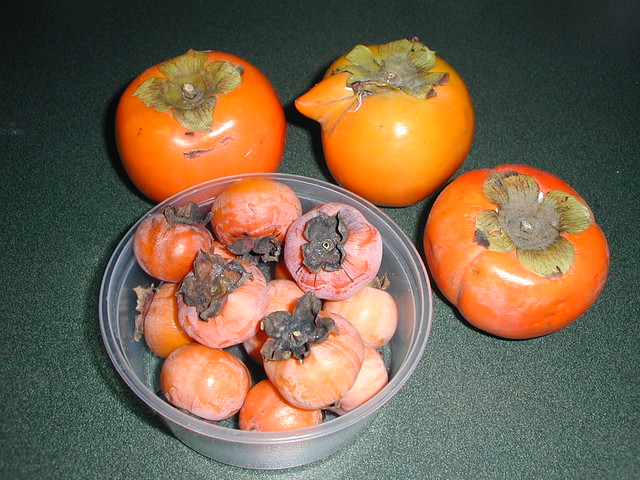 The Catz were hanging around again. I didn’t want to feed them too early so I waited until a little after noon. I started for my keys when I noticed They weren’t on the deck any more. Looking out, I saw Cuz’ vehicle parked in the driveway. She’d brought (what else?) cat food so I didn’t have to feed again today. I could get used to this. It’s supposed to start tomorrow. We’ll see.

While we were talking, she gave me a package of dried cranberries. I tried them at supper and they aren’t too bad except they are about 1/2 sugar. One-fourth cup is a serving and one serving has 29 grams of sugar. One ozzie is 28 grams so you do the math. If I’m wrong, tell me.

DD didn’t call. I found out why when I checked Facebook. She was out again with That Boy, merm and merm’s girlfriend. They were at a Chinese restaurant and it looked like they were enjoying whatever was there.

I took a chance not to be interrupted by the ringing phone and exercised for 24 minutes. The Wonder Years was a minute longer than usual.

More storms moved through. The lights blinked at one point. It’s cooled off a bit, too. I’m sitting here with a throw over my lap. My little thermometer says it’s 76. Pretty cool.

My sister fixed her Internet problem. She called the support number and was able to get it up and running following the instructions on the recording. Now she’ll know what to do next time.

I’ve turned on the waterbed heater. Last night was on the cool side and tonight will be even cooler so I’m taking precautions. Twinkle has been fed and I’ll be ready to fly up soon.

Another No-No
A Sad Labor Day

4 Responses to Time for the Next Wave