That’s sounds like something my Farmer Sister would say but I haven’t been farming. I’ve been Fixing Food and fielding telephone calls/text messages. The only thing I’ve cooked was potatoes so the kitchen didn’t get heated up past its normal 81 degrees. I had the exhaust fan going which helped.

The Catz have been over here all day long. About 3:30, I gave up on anyone coming to feed them and got my keys. That sound makes their ears perk up and they’re all gathered around the door when I emerge. I’d grabbed my spray bottle so I was armed for any animal that might try to block my way.

Checking the fridge, I discovered no food for the babies. When I went into the living room, there was a partial jar on the counter next to Male Baby’s cage. I emptied that into his bowl and gave the females something that looked like runny carrot puree.

After I fed the Catz, I checked their water. It was down to almost nothing and scummy. I took the little bucket into the kitchen and cleaned it as best I could under the circumstances. I think I’ll put water out for them over here. They spend most of the day on the deck or in the overgrowth in what looks like a mini-jungle in front ot the house.

I’ve lost track of everyone I’ve talked to and/or texted. Trying to help coordinate a get-together at this distance is a bit daunting but I think it’s all in place. I called to reserve a pavilion and found that, for several years, there has been a charge for it. We’ll have it for four hours. Longer than that and the charge goes up considerably. We used to bop in there on campmeeting Sabbaths and picnic wherever there was a bare spot. Ignorance is bliss.

The editor is gratified I took time to do yet another lesson. That’s nine of the 26. Just 17 to go. I hope she remembers I’m not doing the meta tags and titles.

There’s a large container of potato salad in my cousin’s fridge. I had room for the marinated cucumbers with onion. It took several tries to get the balance right on the marinade but I think it’s good now. It was too sour and then I overdid the sweet and had to put in the juice of a lime because I was out of lemons. 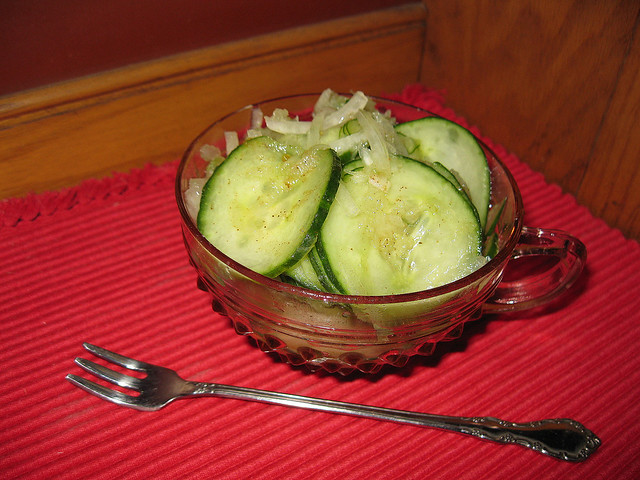 I hope I don’t have to bring ANY leftovers home.

My haircut, I do believe, is acceptable this time. I shampooed my hair today, blew it dry—and didn’t charge myself. I whacked a couple places on my bangs but she got the little stray hairs behind my ears. It’s hard to see them because they’re so fine and light.

Twinkle’s been nudging my feet. Guess I’d better go feed her before she starves.

2 Responses to Oh, My Achin’ Back!