That watermelon kept staring me in the face. I’d forgotten to cut it AGAIN this morning so, after I’d exercised in the early afternoon and had another 16 ozzies of water, I put it in the sink. Washing it well, I cut into it and found that it might be a bit more mature than I like. There are hundreds of tiny seeds.

It wasn’t cold because it was larger than the first melon I bought and the space in the fridge wouldn’t hold it. I’d have to eat it without its being chilled but that was okay. As long as it tasted good…

Well, it didn’t exactly. It was okay but I had to put salt on it to give it much flavor at all. It was probably just right when I brought it home but that was last week. My bad.

After I ate the bowl full of melon, I had a “chemically” taste in my mouth. My stomach didn’t feel good. I could just see me having to go back to the hospital. If that happened, I was going to call no one and just get an ambulance out here to take me in. Probiotics can go a long way toward righting wrongs so I got the jar of kraut out of the fridge, drank the juice and ate the rest of what was there. It was probably 1/4 cup but it did the trick. I was going to live. I’d get my running in, too, with all the vitamin P.

My sister called to let me know her grandson had hooked up the wireless router and the notebook was updating. Then she emailed wanting to know when it was important to use the fan under the notebook. The Cooler Master sat under the notebook all the time when I had it. I hope she doesn’t shut the notebook down or close it at night because that’s when it’s scheduled to update and scan for viruses. I left it on 24/7 and rebooted if it started getting slow. Dusting it once every week or so kept it clean.

I sent detailed instructions on how to set up Thunderbird (if she wants to use it) and went into gmail to modify the settings for her. When she gets her next password for yahoo, I’ll set gmail to import her messages. I’m such a good sister.

Somebody was at the house again today so no critter-feeding necessary. If I hadn’t noticed, I would have probably gone over to do it. Guess it’s best to keep an eye out.

Today is Thursday. On Facebook, that means Throwback Thursday. THAT means posting an old picture of one’s self so here’s my offering. It’s larger than the one I posted and I played with the brightness and contrast a bit but the picture, itself, is still the same. 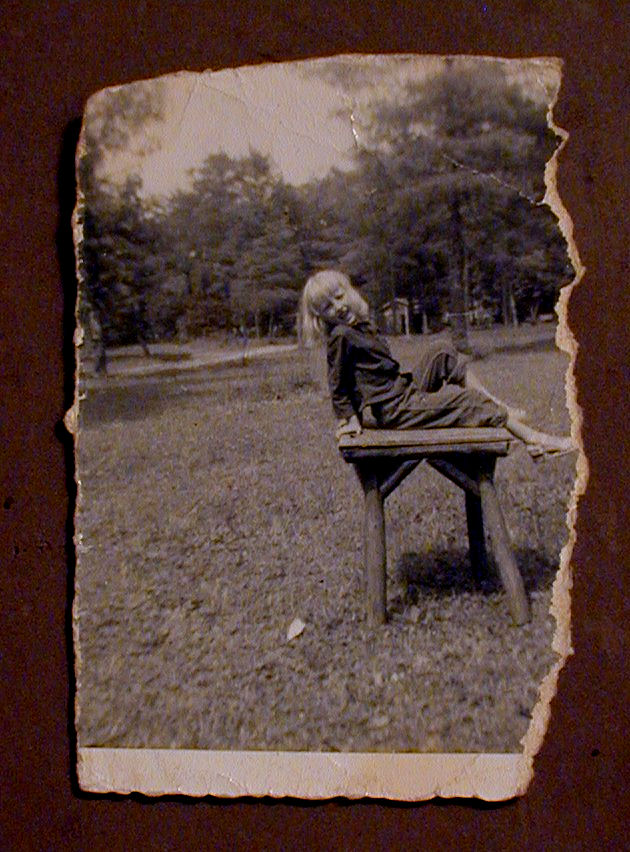 The girl across the street and I would play “Movie Star” and this was one of my glamourous poses.

My energy is almost non-existent. I’m wondering about my B-12. I shared this picture from another friend’s Facebook page and one of my more knowledgeable friends preferred the fridge on the left. 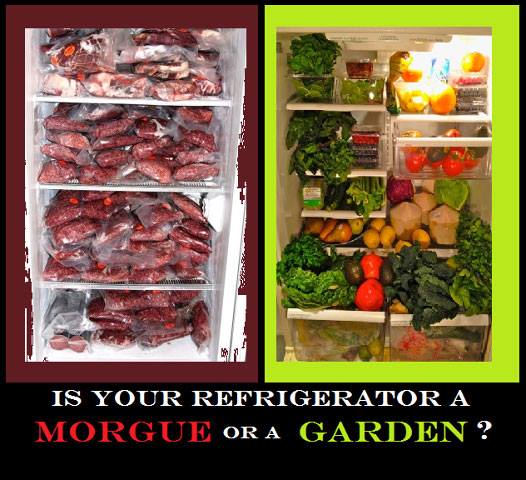 He commented, “I like the look of God’s naturally processed vegetation on the left, it is the only way to get natural B vitamins such as B12. B12 is not available from plant sources”

The fact remains that even meat eaters can have a problem with absorption and develop a deficiency. At the extreme end of 2008, I had a serious deficiency. My labs are posted here. I was skimming the post and I was amazed that I weighed in at a bit more than 113 lubs. That’s a far distant memory at the moment.

Anyway, when I went to see my PCP a year ago last month, he didn’t write an order to check my B-12. I was still shooting myself in the leg every Sunday so there was no reason to suspect it was low. That was then and this is now. I haven’t had an injection in a long time and the patches don’t seem to be doing much more than covering a small patch of skin. When I go in for my next checkup, I’ll take that up with him.

This evening, one of my friends called as a representative of the nominating committee. I told her I would take the phone/email committee again and maintain my church page on Facebook. As for a web site, I could have done it when I first offered but I don’t want to take that on now. As for the organ, she indicated that it’s a luxury to have an organist and not a necessity so I may back off on that. If it isn’t needed, that would free me up to go visit other churches. I’ve been playing most Sabbaths for more than 25 years. Maybe it’s time to hang it up. They could let me have visiting rights since it was my organ to begin with.

There was a severe thunderstorm watch until 11 but I think that’s been canceled. I heard a few drops of rain fall about an hour ago. All is quiet now and Twinkle has been nudging my feet. I’m sure she wants more food.

A Day In the Life
Strawberry Shortcake