There isn’t a whole lot that’s notable to report. I emailed directions to my sister so she can change the computer name from our other sister’s to hers. I haven’t heard back so I don’t know if she’s able to get online or not. Her daughter bought a wireless router and when they told the salesman about the Internet access problem, he said, “Weird.” That’s what we all think.

Speaking of the notebook, she brought me the old, well-used keyboard as a memento. I would have never replaced it if I’d kept it because it represents thousands upon thousands and thousands of thousands of keystrokes over the time I had it. I couldn’t justify keeping the notebook when it was needed elsewhere and I understand that there’s no nostalgia attached to the keyboard for anyone but me. One of these days, I want to frame it and hang it on the wall but, in the meantime, I took its picture for posterity. 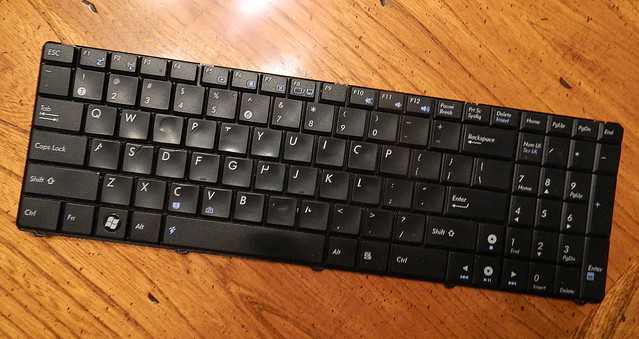 It warmed up enough today to open the windows again. I had the fan on for part of the time but it’s off now. When I put the bits of food out that Twinkle wouldn’t eat, one of the Catz came up on the deck. It would easily make two of Twinkle but when she hissed, Cat retreated.

I’ll have to check the strawberries tomorrow. I’d love to get one from the “local” strawberry farm but I don’t plan to go out any more this week. Not even Sabbath. The pianist called to tell me to put the word out that services are canceled Sabbath because of campmeeting.

Genese has crafted yet another Wordscraper board. This one is a special one. 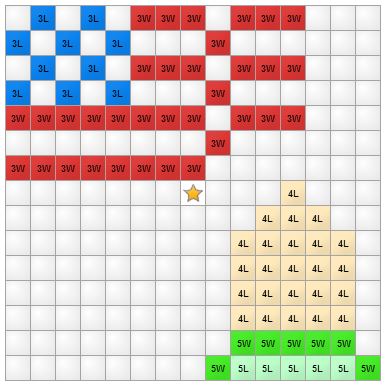 I think our first two words are appropriate. Genese bingoed on hers. 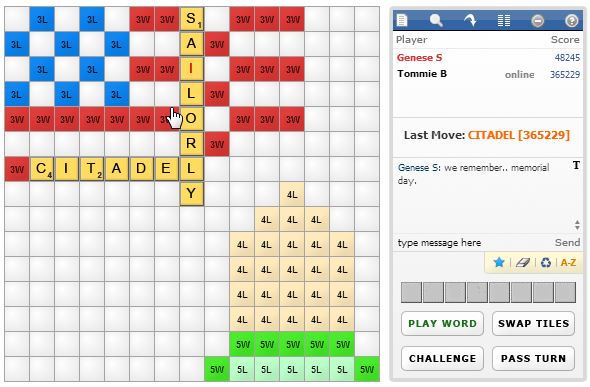 I especially like the score for my first word… 🙂

My CIL was home today so there was no feeding of the critters as far as I was concerned.

Today was the first day I’ve rebounded for several. It’s so frustrating to get out of breath as easily as I do. My next appointment is in July and I fear it won’t be a good one. If there were some way to increase my lung capacity, it would be nice but right now, it’s dwindling.