Note: I was okay to go visit my friend who is incarcerated. This time, I took my netbook along and chronicled the journey in (almost) real time.

Well, here I am, on my way to Lexington. I’d forgotten about the speculation re: DH that I’d have to endure but this should be my last trip to visit my incarcerated friend. He’s due to go to a halfway house in September.

We stopped for a potty break (probably the last one of those until we get to the prison). (Not the last time—there were two more.) The ladies’ was quite fancy for a service station/convenience store. I had to snap a picture of the Wall of Mirrors and the sinks. 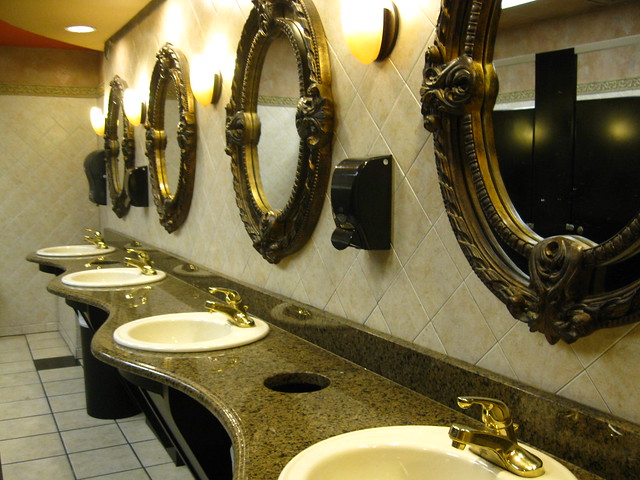 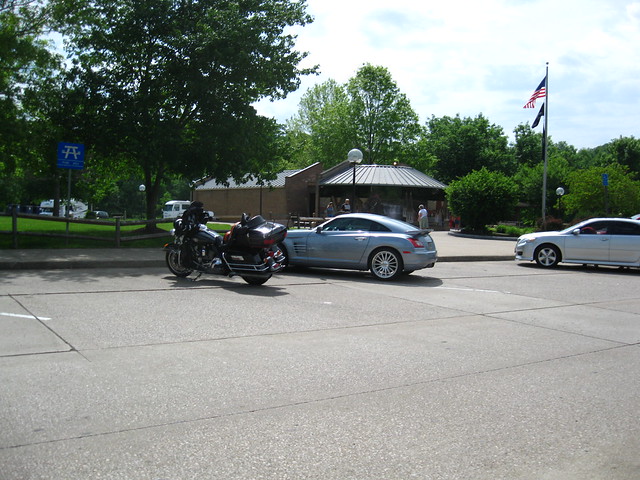 The touchpad on this netbook is driving me nuts. I made sure I got the transmitter for the mouse, then walked off and left the mouse, itself. I also left my baggie of change I’d planned to take so I could contribute to the care and feeding of our friend but all is not lost. His “other mother” is well-equipped with quarters.

Last night, the trip was still iffy but the diarrhea stopped and I slept reasonably well. When the timer went off this morning, I got up and juned around.

I made sure I had enough time to fasten the 92 hooks on Mother’s bra. Really. Mother’s bra. It was a front fastening one that she had bought and put tucks in so she could wear it. I took them out so I could wear it. My friend had emailed a reminder to bring my driver license and NOT wear a bra with underwire. Mother’s bra doesn’t have underwire anywhere at all. It should fill the bill. (After I got back, I counted the hooks. There are 12 all told—eight down the front and two on each strap.)

There isn’t much to see in the way of scenery from the back seat. When the greenery opens up, it’s most times too quick to take a picture. 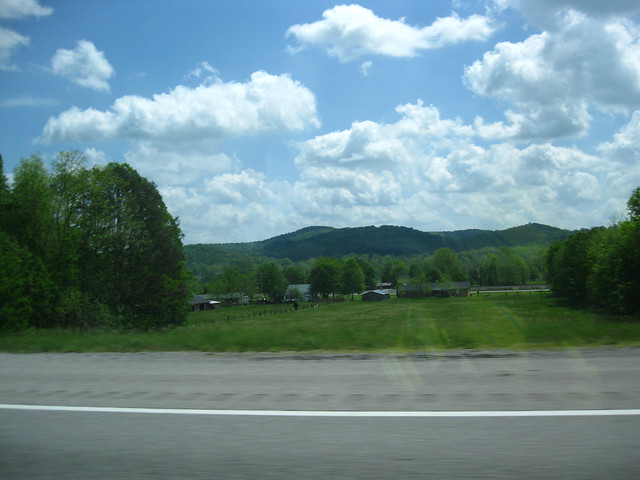 And then the Wall of Green is back. 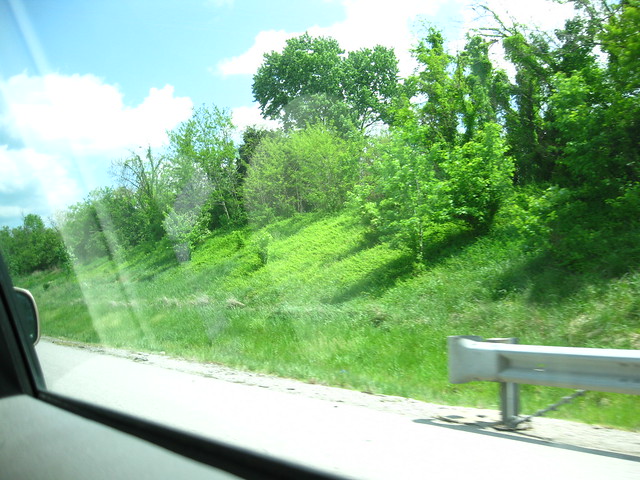 When it opens up again, the view is—stores. 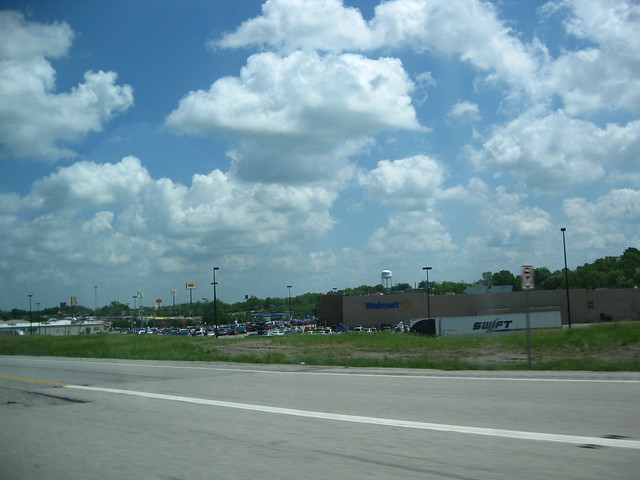 We drove up the road to our destination. 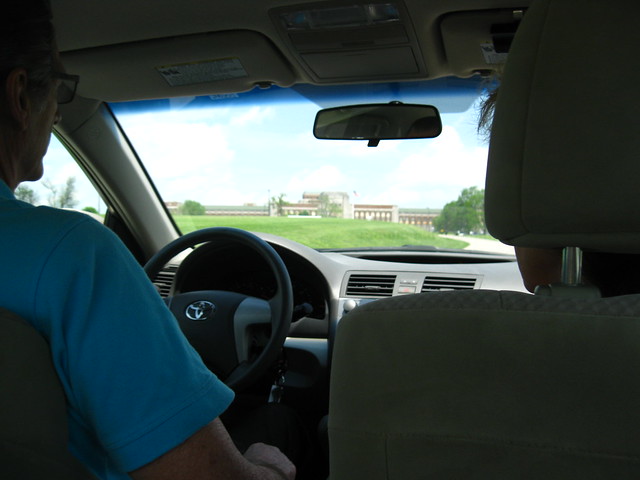 Well, the visit is history now. We got to the prison grounds four hours and twenty minutes after we’d met at Bi-Lo. They ate their lunch and I ate mine. I didn’t eat all I’d taken and I was quite well satisfied.

Taking shelter from the sun, we sat in a little carport type place on benches until the watches showed 2 p.m. EDT. That was the signal to go to the stairs leading up the hill. At 2:15, it was time to move to another shelter closer to the prison. We were supposed to be able to go through the gates at 2:30 but it was a bit past that before we were let in.

Everyone had closed shoes. I was the only one with sandals and there was some concern that I wouldn’t be allowed in but they didn’t cause a problem. The three of us were buzzed into the security area where we turned in our completed forms and driver licenses. The other two made it through without setting off any alarms but. Yep. I didn’t.

The stamp used on my hand was very wet. I think I’m marked for life. At first, I thought it looked like a marijuana leaf (appropriate for prison) but after looking at it more closely, it better resembles Spiderman. 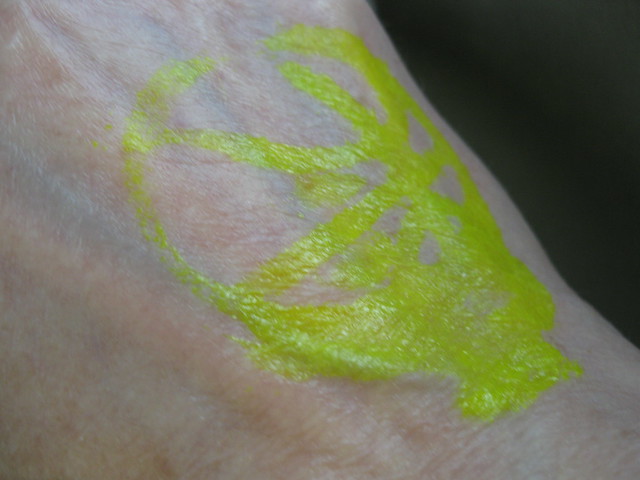 The female half of the couple explained to me that more than three hooks and eyes will set off the alarm. I haven’t found a bra anywhere that will support me that has that few unless it is well fortified with underwire.

We made it through the next door and into the visiting area. It wasn’t long until our friend showed up. There were hugs all around and we sat down to catch up.

Since I didn’t have my hearing aids, I caught very little of the conversation. I told him what had happened with my bra and he turned to the others and said, “I told her not to wear a bra with a wire and she said she wouldn’t wear one at all.” Now, that wasn’t the truth. I’d told him I had a wireless one that wouldn’t pick up a signal from anything.

He was treated to two cheeseburgers, a bag of chips, a soda and a candy bar. He’s been walking four miles a day but he figures he’ll have to up it to work that off.

It was right at 5 o’clock when we left. It’s now 6:10 p.m. TT and we are on our way to Taco Bell so we can eat supper. The Driver opted for veggie burgers at Burger King. They smell good but I think I’d rather have a burrito.

I tried to pay for the burgers but I was shot down. That precipitated a discussion about finances and how I should be able to draw DH’s Social Security. I ‘splained he hadn’t filed a return since ’85 so that settled that. Come to think of it, his last one was for ’84 taxes.

We are on our way to a rest area to eat our vittles. I’ve been taxied around and now I’m being fed. My credit card wouldn’t be accepted.

BIG disappointment in whatever Taco Bell that was. I ordered a bean burrito, lettuce, tomato, onions, double guacamole and NO DAIRY. I got a tortilla wrapped around some beans with hot sauce. I’m pretty safe in saying I’ll never go back THERE again.

A beautiful sunset could be spotted through the trees every now and then. This is the kind of view I saw a lot of the time, though. 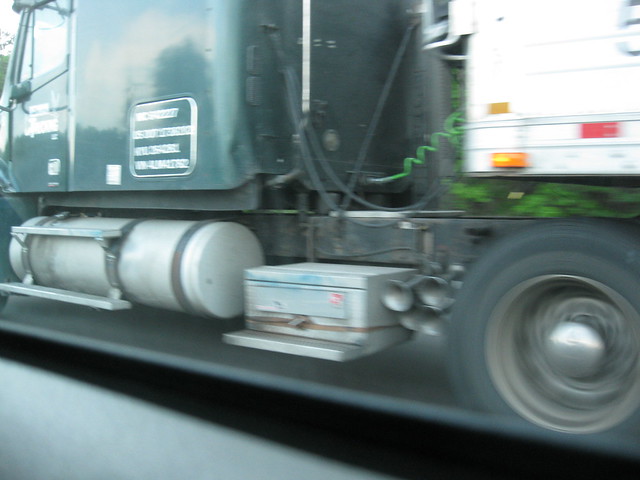 Well, I’m home. I tried to get my friends just to bring me on here but they were concerned I wouldn’t have my car. I stopped at the mailbox and found a beautiful card from DD. She says she’s working on something for me but it won’t be ready to send for another week or so. She makes such beautiful things. I’m anxious to see what it is but I know it can’t be rushed.

Twinkle met me at the door. I have yet to check her food dish. Guess I’d better go do that, drink my water and go to bed.

Happy Mother’s Day
The Day After

10 Responses to Setting Off the Alarm