Yesterday was a routine day. Laundry, bed-making, dishes, whatever. I made chocolate pudding by a recipe I found on Silk’s web site and it was good but not as good as the chocolate mousse. It looked much the same but the taste just isn’t there. Here’s a glamour shot of the inferior product: 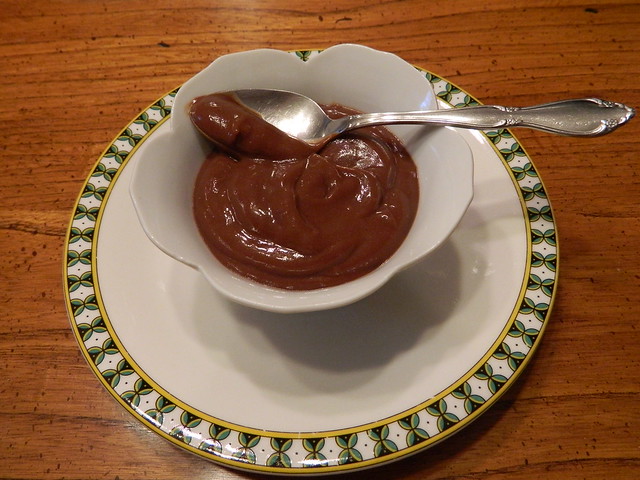 Tasty but it doesn’t have the depth of flavor the other does. (I watch cooking shows.)

My sister was still not able to connect to the Internet with the notebook (another routine thing). I walked her through uninstalling her network card. When she restarted the computer, she didn’t notice that it detected it and reinstalled it. There may be more wrong here than I thought. She thinks she needs to get a pro out there to assess the situation and I think the same thing. I have for a long time but I’m not there.

Genese has been having all sorts of problems with her computer, mainly because the sites for downloading updates are blocked by Big Brother. Kimberly had updated it the last time it was done and she did the best she could in the few hours she had it. That isn’t the best way to do it, though. Updating after its not being done for so long takes much longer than that.

Last night, I called Genese. I told her I could stop by after church, pick up her computer, bring it home and update it, then take it back to her “sometime Sunday”. She gasped at the thought of being without “her baby” that long and said she would think about it. I told her to call me before 8:45 this morning if she agreed for me to take it away. If she didn’t call, I’d know she didn’t want to part with it overnight.

After setting the timer to go off about 6 a.m., I was in bed by 9:20. I settled down for a long spring’s nap. This morning, the sun woke me. I looked at the clock. It was 6:44. “I sprang from my bed” and started running around, trying to make up for lost time. Checking the netbook, Microsoft had rolled out the update to patch the huge security hole in Internet Explorer (which I never use) and it had been restarted. That wiped out my timer setting. If I was late to church, it was Microsoft’s fault.

About an hour later, the phone rang. Genese had been in touch with Kimberly. I could come get the laptop. I told her to list everything she wanted me to update. She already had her update document from before but she’d add to it. Kimberly was bringing her some books to get her through the eons she wouldn’t have her baby. It was going to be rough but she knew it was for the best.

I’d had a shower yesterday afternoon so I didn’t feel bad about not having another this morning. My store of songs was getting low so I copied some. As I took the paperclips off, I thought I should take some to Genese. I made sure I didn’t stink and, after I had my devotions and ate breakfast, I got dressed and was at the church well before song service was to start. Once again, no song leader showed up. The pianist and I played and played and played. Finally, one of the elders took over and led a couple of songs. The Obscure Hymn Selector wasn’t there.

It was cold enough in the church to hang meat. I’d taken my coat and was thankful I had. The thermostat said the temperature was 64. Now, that’s uncomfortably cool for anyone except people having hot flashes, those with a lot of insulation, people with high blood pressure or Men in Suits. I’m not in any of those categories. I put on my coat and went to stand in the sun. It felt good but the breeze that was blowing didn’t. It was back inside to freeze.

I honestly didn’t get a lot out of the services today with all the shivering going on. I’ve been to other churches that seem to have the temperature problem licked. Maybe their secret shouldn’t be so secret.

When I drove onto the campus at the hospital/nursing home, I discovered that miracles still happen. There have been a series of potholes big enough to lose a large dog in for years. The city wouldn’t fix them because they said it was a county road. The county claimed it was a city street. Somebody somewhere took responsibility because there is pavement where the potholes used to be. I hope the job isn’t finished because there’s a strip of pavement on one side of the street going in but it’s a great improvement in any case.

Genese figured the chocolate pudding was to ease the pain of parting. I had to tell her it didn’t hold a candle to the mousse and after she tasted it, she agreed.

We talked about what needed to be done. A very alert lady rolled in via wheelchair and introduced herself. She was puzzled by the paperclips so I’m sure Genese filled her in.

The phone rang. It was Genese’s other daughter. I busied myself unplugging and getting ready to abscond with the ‘puter. There was much to be done.

I told Genese that Jesus healed on the Sabbath so I was going to try to heal her computer. She said for me to treat it as if it were my own. I told her that was a dangerous thing to say.

When I pulled in the driveway, I saw someone was home next door. I wouldn’t have to feed the critters.

Genese had thought the CoolerMaster had quit working. No, it was still going. I used my can of compressed air on it and blew out a lot of dust. That should make it work better.

Everything got plugged up. I borrowed the mouse from my netbook and transferred it to The Baby. Starting it up, I let it find the updates it needed. It’s been doing the bulk of the updating all by itself. All I’ve had to do was click something now and then. It’s been a lot better than when I took it to the library. After seven hours or so, it’s still finding things that need to be brought current or fixed. 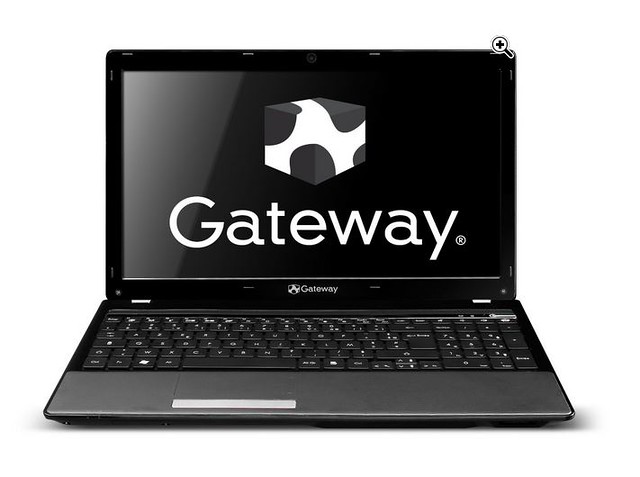 Several hours ago, Kimberly sent me a private message on Facebook. Genese needed something off her computer. I called and found that Kimberly’s husband was letting Genese use his computer until Monday! She won’t be quite so bereft now. When I asked about what she needed, she said it was something she’d already resolved. I said good because I’d had to wipe everything out and start over. She screeched and before she totally lost it, I yelled, “I’m kidding! I’m kidding!” Adam was sitting there laughing his head off. I was on speakerphone and he’d heard the whole thing. Genese thanked me for the heart attack.

The computer was running pretty slowly. Besides not being updated regularly, it only has 3 GB RAM. When I take it back, I’ll show Genese how to use Readyboost with her flash drive. It won’t be the same as additional memory but it does help.

I restarted the computer for, hopefully, the last time tonight. I’d noticed there was a strip along the top of the keyboard that looked dull and scratched. I started scraping at it along the end and, sure enough, there was a protective film that was missed back in October 2010. Pulling it off makes it look ‘way better.

Twinkle is sitting at my feet, patiently waiting for me to feed her. It’s just past 10 o’clock TT. This is enough for tonight.

4 Responses to Not My Fault