It was cool in the house this morning. I’d gone around and closed windows and doors last night but it still got down to 64. I’d unplugged the Dr. Heater in the living room but it was plugged back in and turned on. The high inside got up to 73 at 5:41 p.m. TT.

The mystery of the computer is still plaguing my sister. She had her daughter on the phone with her ISP this afternoon and later called me. I talked to my niece and we agreed that there’s no reason why it shouldn’t connect to the Internet. The only thing I can imagine is that, someway, the network card is either not being recognized by the computer or it’s been damaged.

I was looking at it online and there’s only one place to plug in the network cable and only one way to do it. 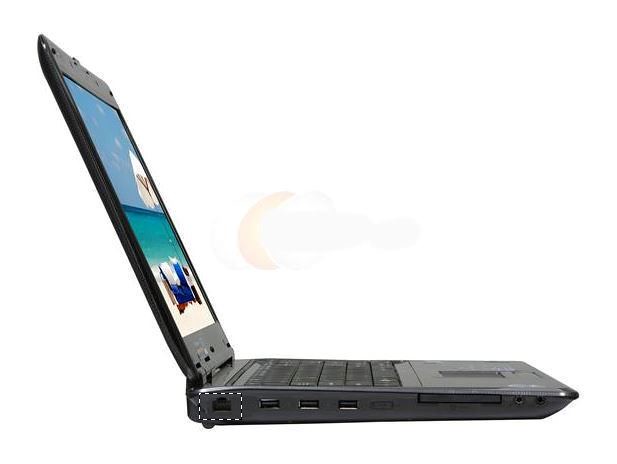 I asked my sister if she’d checked the device manager. She didn’t know. If the network card isn’t installed, it will show up with a yellow triangle and an exclamation point. Trying to convey all this to someone at a distance is another thing. My respect for support people increases by the day. If the person CAN get there, it’s always a little intimidating to be told to delete something like a network card and then restart the computer. It does work and that might be what needs to happen. But here I go, stewing again about something that I can do nothing about from here.

The editor hasn’t contacted me with an assignment for the third quarter so I’m betwixt and between. It’s been nice. I haven’t been in this position for a long time when there was absolutely nothing for me to do on the lessons. I guess the last time was a year ago this past January. That was before I started working on them.

One of the Catz has been hanging around but the only time I was supposed to feed the critters was yesterday. Maybe it didn’t show up at mealtime. I dunno.

WordPress and I haven’t tangled today. Later on, I’ll print off the instructions and go over them step by step but not tonight. I thought I’d followed them but there must be something I left out along the way.

Twinkle is so lucky. The only time she gets anxious is when she’s hungry and her plate is empty. Maybe I missed the boat by not being born a cat.

Ouch! That Hurt!
Not My Fault

4 Responses to I’m Not a Fan