The calendar says it’s spring. The thermometer disagrees. The last two nights, there have been freeze warnings. I just checked and the same holds true for tonight. It was 17 this morning and it’s already down to 30 now. The poor daffodils are still waving their yellow heads but they look a bit drooped.

My oldest sister’s two daughters and one son-in-law are planning to come for a visit in something like two and a half months. You’d think that would give us plenty of time to nail down people, places, things and food to eat but the planning has already started. I had an email from my niece this morning and I’d already answered it when the phone rang. It was my now oldest sister. She was all a’twitter about whether or not I would plan to be around to entertain them their first day in the area. I assured her I would. Actually, they might like to have a little “down time” after a long trip. Once again, they won’t be arriving until June. This is March 26. I believe in being prepared but this is taking it to a whole new level.

After I got off the phone with her and went back to what I was doing (which had nothing to do with the lessons today), the phone rang again. This time, it was my cousin. Her twin brother (also my cousin) was here and had been supposed to meet the Housesitter at 11. Well. The Housesitter had up and left. Twin Cousin couldn’t get a signal on his cell phone so could I go out and tell him to call his sister? I took my phone out, he called and then asked how I was doing. I told him I figured as well as could be expected.

I indicated The Ruins and asked him if he thought the wind would finish taking it down. It’s beginning to lean precariously. He said he needed to get back up here and finish the demolition and I couldn’t agree more. Here are pictures I took today. 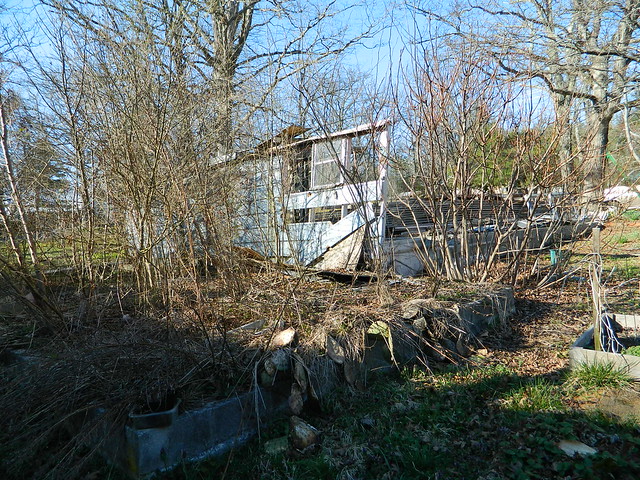 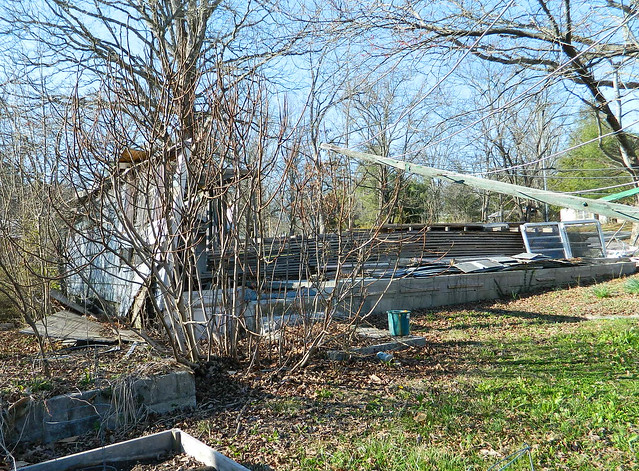 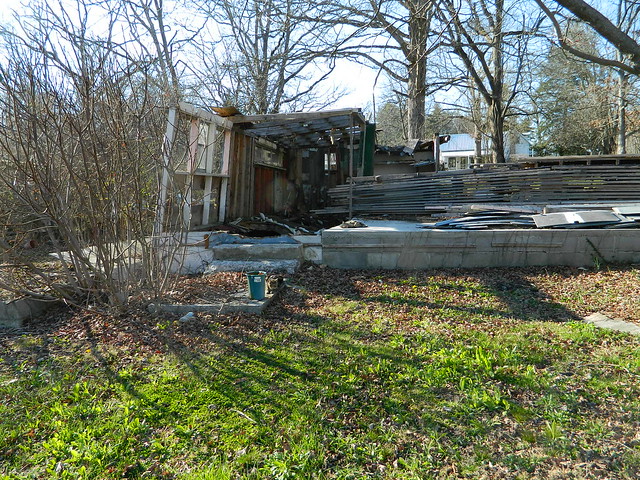 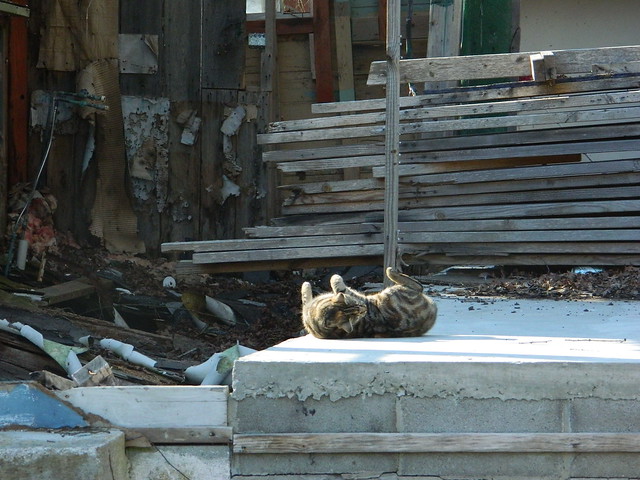 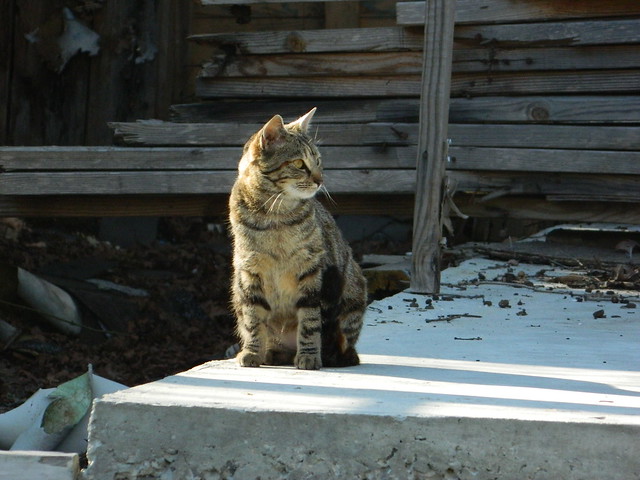 For someone who doesn’t like talking on the phone, I was a busy person today. The Computer Owner was off getting more education and called me during what, I guess, was her lunch break. She remarked that I haven’t been writing as much the past few nights. I told her if I don’t go somewhere or do something different, there really isn’t that much to write about. She also said that I can take everyday (translation: mundane) events and make them interesting. Well, that’s nice to know. I wished her a good rest of her session and we hung up.

I guess I could be thankful I didn’t work for her employer. When I went on a jaunt like that, the Mother Ship footed the bill for mileage, lodging and meals. She gets her gas paid for (I don’t know if that’s based on actual outlay or if it’s reimbursement per mile), her lodging (at least, I don’t think she has to sleep in her car) but she has to pay for her meals. She’d taken a sandwich for lunch today. The seminar had provided breakfast but it was eggs and bacon and she eats neither. She figured she would “cut old Tige loose” and go to Taco Bell or Wendy’s for supper. If I had a vote, I think she should get a meal allowance, too.

I’d called the Animal Hospital this morning and yes, they had a case of Feline y/d. I went down this afternoon, shopped Walmart for a few things that added up to $19.55 and it wasn’t even all food. I price matched the avocados (49 cents each at Aldi) and bananas (49 cents a lub at Save a Lot). I saw a couple of my friends in there but didn’t stop to visit long. One was on her way home and the other was busy with a customer, anyway.

Going through town, I saw that the Bradford pears are in bloom. Last week, it was tulip trees. The trees on my mountain are just beginning to look fuzzy.

When I went into the Animal Hospital, I said, “I believe Twinkle’s food is free today.” The nice lady grinned and said, “That was yesterday.” Oh, well. I missed it. No coupon, either. It was a few cents over $57—and she said that wasn’t bad if that’s all Twinkle is eating.

Twinkle’s Photographer was there and said she’d lost my email address. I gave it to her again. If she can’t read it, she can always click on the little envelope at the top of every page. It’s a different address but I’ll get it, too. I’m beginning to think she will never send it.

I had to take my coat off before I got back in the car. It had gotten pretty warm in the valley. By the time I got home, though, the coat felt good again.

Considering how little I’d spent, it didn’t take long for me to unload and put away.

Twinkle’s stomach is full. So is mine. She’s already sleeping and I should be soon.

You Gotta Crawl
Up and Running

6 Responses to Spring Is Here?