Fifty-two years ago today, DS1 was born. He weighed in at 6 lubs, 8 ozzies and never lost any weight at all. Due to complications (mine), we weren’t discharged from the hospital right away but stayed for 11 days. That would be unheard of now.

To celebrate the boy’s birthday, I had a Ginseng UP. Supper was Amy’s Black Bean Enchilada Whole Meal. I think I did pretty well. I called and croaked out “Happy Birthday” on the boy’s voice mail. I called him and wished him a good one, too, but I didn’t talk long since I was out of breath from the singing. 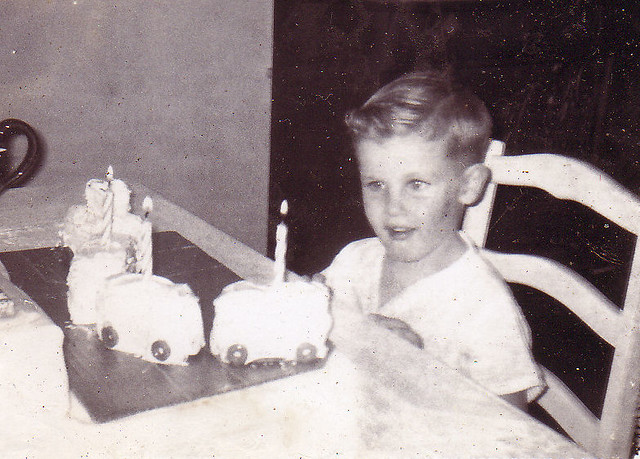 I sent the link for this birthday to my niece since she’s the daughter of my oldest sister. I thought she’d get a kick out of what I did.

My CIL took care of my breakfast this morning. They’re both spoiling me.

Cuz got busy and went about getting my printer set up. I was going to have it wireless through my netbook like I did before but I couldn’t get it to work. The slider won’t go from Off to On. Without being able to connect to the Internet, the netbook is very limited.

However, she did hook the printer to my notebook via the cable so I was able to print off the application for an absentee ballot. I can vote absentee since I’m old. Anyone over 60 can in the state of Tennessee. I also printed off the label to return the headphones that don’t work. Amazon will refund all of my money because they are defective. One of my friends from the devotional site is sending me the headphones she bought for her father since they are no longer being used.

Lately, I’ve been getting into playing Split Words on AARP’s Staying Sharp website. I canceled my AARP membership several years ago so I don’t have access to everything but there are lots of games that are free.

I had a nice card from one of my friends in Australia. Cuz wants to put my cards on the wall but that isn’t necessary. I’m not likely to stand and gaze at them. I get breathless if I stand for very long.

No telling whether or not my data usage is up to date. According to what’s on the website, I’ve used 13.5 GB. That isn’t quite half and I’ve watched a few videos. I don’t think Split Words takes much data at all. I was thinking satellite was costing me $165 but it’s more like $185 with all the add-ons, I believe. When I get my first regular bill, I’ll know for sure.

Cuz picked up a phone for me today. She’s adding me to her account. That’s another $30 a month which hurts since Magic Jack was $20 a year. Living where there’s an Internet famine surely is expensive. I wish AT&T would get out here and lay some lines. It’s past time.