I didn’t sleep as well last night as I did the night before but I slept better than I usually do so it netted out to the good.

Today hasn’t been a terribly good day, though. I did get around to putting the pictures I took the other day on Flickr so here they are. 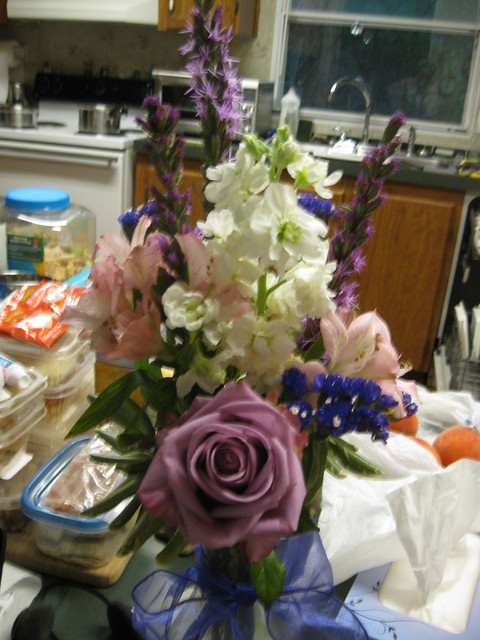 The flowers my friend and the florist gave me right where they landed. 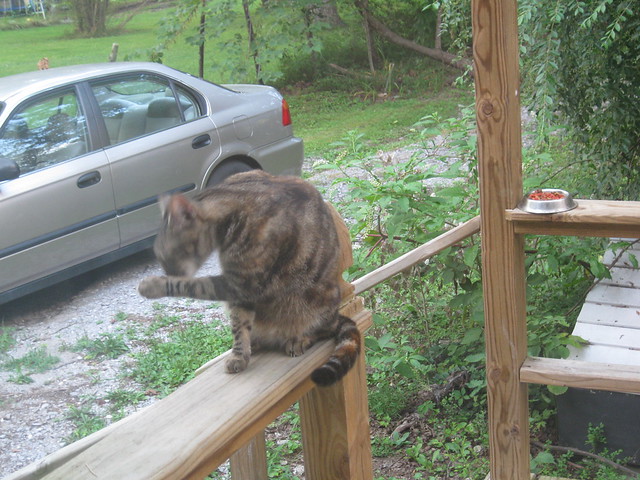 One of the Aunts 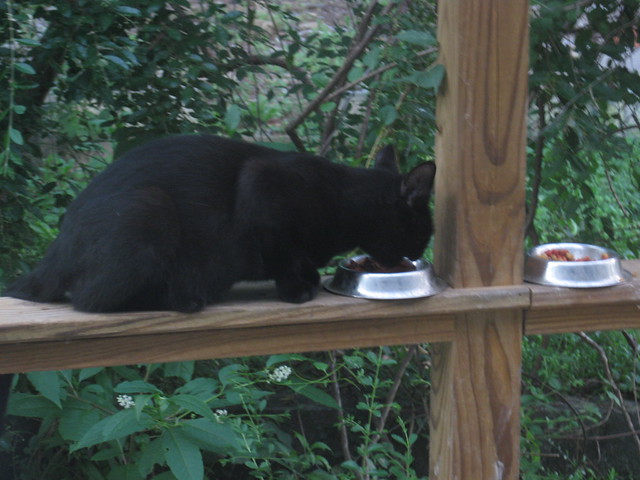 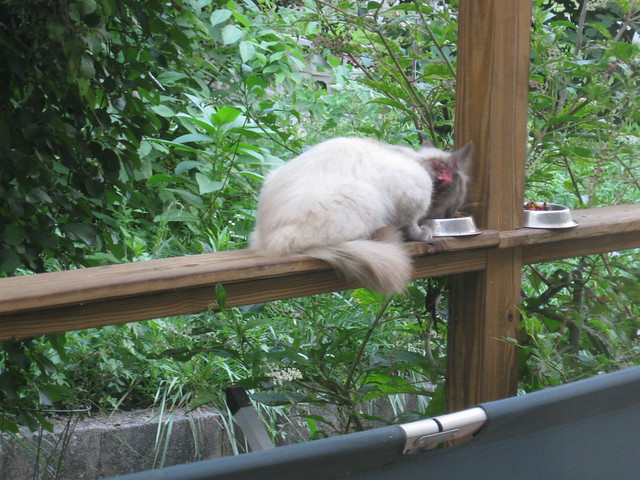 When the neighbor cat appeared, it had been sheared of its long hair and didn’t look nearly as forbidding. The Catz looked at it and went on eating. When it jumped up to steal its fair share, I noticed the wound on its neck. I wondered if it had been to the vet. From its appearance, I’d say it would do it good to get it fixed, whichever gender it is. Maybe its owner took mercy on it and has already had it done. When it showed up today, something spooked all the Catz and they scattered. It must have, too, because none of them were in sight.

I hadn’t heard from DS1 today so I texted him. He said they’re okay and they’re praying for me to have better days. I hope the Lord sees fit to answer their prayers in the affirmative.

Didn’t hear from Cuz, either. She’d said she saw vegan sour cream in one of the stores where she shops but she hasn’t mentioned it lately. I texted her and asked her about that but she hasn’t responded.

As for my meals, I had a peach and toast with avocado for breakfast. A whole pot pie (it’s much better heated intact than cut) plus some potato salad PLUS some animal crackers for supper.

That’s it for today. I’ll bid you all a good night.

10 Responses to A Late Start

Leave a Reply to Gail Click here to cancel reply.