During the night, I was tempted to put Mother’s little comforter back on the bed but I didn’t. I think I will tonight. Without any kind of cooling other than the Eco Breeze, it’s 71 degrees in here.

It’s been cloudy all day but it was still dry when Cuz got here with a 30 lub bag of Catz food. She set it inside and said she’d be back. She wanted to get the yards mowed.

I could still hear the mower going when the rain started falling. It was a sprinkle at first but soon turned into a downpour. There were a couple of thunderclaps, one being loud enough to shake the house. Something was struck nearby, that’s for sure.

Later, Cuz came back over and said she’d been able to get the yards done except for the rest of the “back forty” and the weedeating. We had a good visit and she left after emptying the compost bucket. It was so full, the lid wouldn’t go on.

My day was mostly spent working on the lessons for third quarter. I got the other two helps files that were ready transferred from WordPress, formatted, anchors and links inserted and uploaded to the server. I got the index done, too, which is about as tedious as it gets. 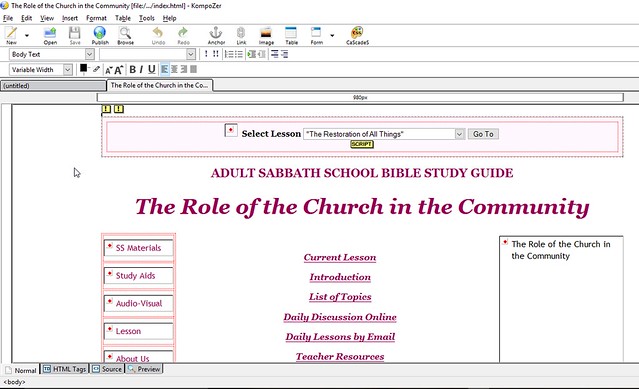 The editor will remind me to do it and I’ll have the satisfaction of telling her it’s already done and on the server.

Bernie’s had the best slogan of any of the candidates — “Feel the Bern!” but now Hillary has latched onto something the Donald handed her gratis. The Woman Card. I have a feeling he’s already regretting saying that but she’s capitalizing on it. An official “Woman Card” can be had on her site for $5 through the store. This afternoon, it could be had with a donation as small as $1 but that’s nowhere to be found now. Supposedly, they’re limited. Might be a collector’s item someday.

The tone has gotten increasingly harsh on both sides Democratically speaking. Both Bernie and Hillary had promised to keep the discussion to policy but that was then and this is now. Neither one is endearing oneself, as far as I’m concerned. Curmudgeonly only goes so far until it becomes Grumpy Old Man. As for the Woman Card, let’s keep it civil.

On the GOP side, Kasich is being urged, alternately, to drop out and to stay in. Ted is being accused of being the Zodiac Killer even though he was a baby when the ZK was on his spree. As for the Donald, well he’s his old tangerine self. He wants both Kasich and Ted to drop out and let him have a clear path ahead.

ARE we having fun yet??!

Why? Tell Me Why??
The Writing on the Wall