When I looked in the mirror after my bath, I would have never thought I’d had a haircut a week ago. It looked about like it did when I walked into the shop.

My nurse friend got here right on the hour to give me my B12 shot. This is the first time it has hurt. She pushed the goosh in very slowly and I think I’d as soon have it “shot” in and get it over with. I’m not an RN, though, and she is so I trust her to know what’s best. We visited and she admired the tote Shari made me several years ago. I showed her the note that was in the pocket and she was intrigued with the woven “heart” the note was in.

I took my time getting ready to go to town. It was nice out. The sun was shining brightly and the temperature was in the mid-50s.

My first stop was the beauty shop. The girl who’d cut my hair was on duty and she took me right in as soon as she swept up from the last one. I asked her not to get my hair as wet as it was last time so she misted it on instead of dousing me. She asked how I wanted it cut and I showed her what was wrong and told her how I wanted it. If I’d had this picture, I would have shown it to her. I’d love to have my hair cut like that but getting it across to someone? 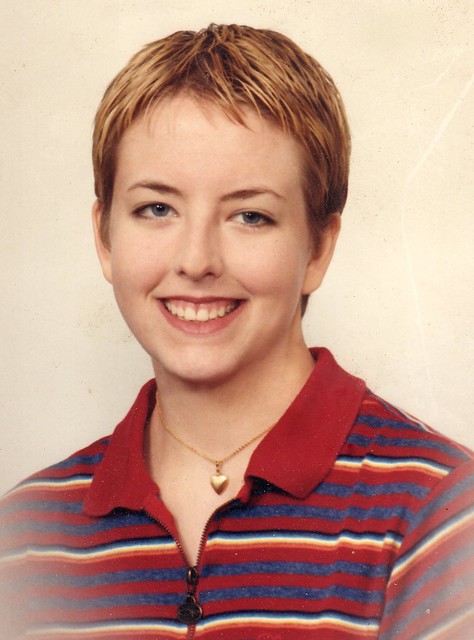 I must say, she cut my hair closer to what I want better today than last week. When she was through, I asked how we’d “do” this. She charged $15.50, then credited it. It printed off a slip that I had to fill out with my name, phone number and address. And I was on my way.

For the first time in recent memory, I was the second person in line for the pharmacy. I got my prescription and started shopping.

My favorite produce person was working and we stopped for a chat. I followed my list pretty well and made my way back to the bathroom where I saw another friend. I’d given up on finding my cell phone charger so I sprung for a $15 one. I could have gotten one for a lot less on ebay but it it didn’t work, I’d be out of luck.

Pride goeth before a fall and it did today. I was proud of myself for not coughing much during the morning hours but when I got in Walmart, I made up for lost time. I saw one of my former coworkers and she was alarmed at my coughing and offered me a peppermint but I had my own out by then.

I picked up a few items at Food City, too. Strange it isn’t Bi-Lo any more. Seems the only flavor of So Delicious ice cream they have is chocolate. When it’s gone, it will probably be history. I didn’t buy any since I don’t need it.

The Catz were crowding around when I got home. After I unloaded and put things away, I fed them. There were a half dozen plus the Interloper. The first picture is of the gray “kitten” along with said Interloper. I’ve wondered if it’s father/offspring. Then the next one is the Interloper draped across the corner, stealing food. 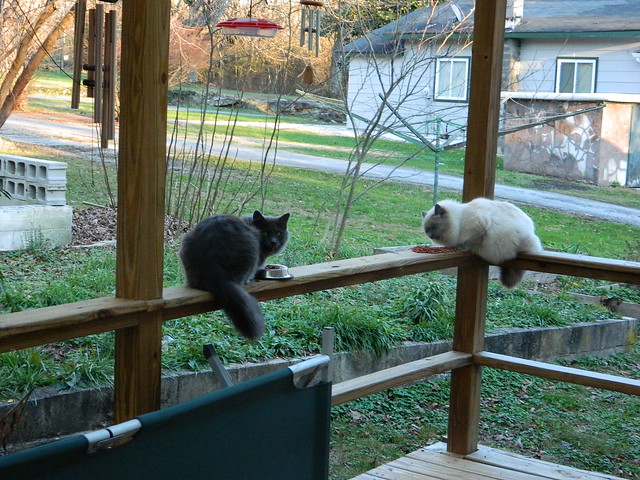 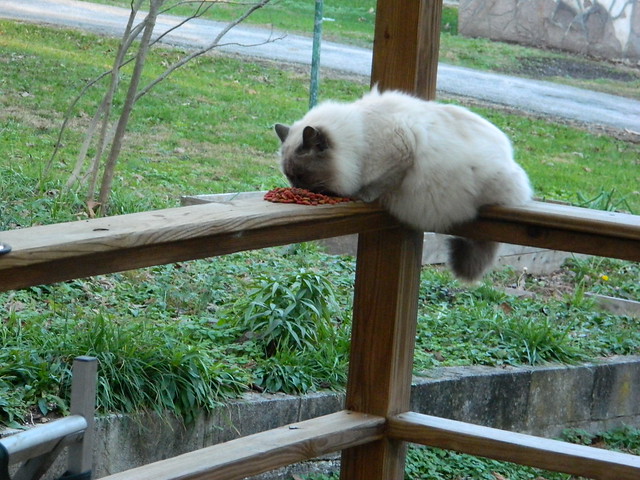 I didn’t have a sixth bowl so I put the food on the railing. Six Catz and one Interloper were all eating at once but two of the Catz shared, for a wonder.

My sister hasn’t communicated today. I trust she got in to see the orthopedist and has a cast. That should make life easier.

It’s ‘way later than I intended to be doing this so I’m going to wind it up and think about bed.

Productive
I Ain’t a Nightowl