A few days ago, I was perusing the news when I came upon an article about the Social Security COLA. There isn’t going to be one this year. I remember seeing a joke one time that a new employee was impressed this his employer was providing for his soft drinks. When asked how he figured that, he said, “See this line? It says COLA.” But I digress…

Remember how exciting it was that gas prices were dropping? Well, that’s the reason SS recipients aren’t getting a Cost of Living Adjustment in 2016. However, even though the COLA is figured based on gas prices, other costs have gone up. Bad weather almost everywhere has affected crops and food prices have risen. Others have risen, too, but they don’t have as much of an impact on moi.

I checked back and I have put gas in the car eleven times since July 8, 2014. That’s less than once a month. Honestly, the price of gas doesn’t have a whole lot to do with my budget—or a lot of other retirees. Unless there’s a RV parked in the driveway, as a line item, it’s going to be small.

One bright spot is the fact that I’m in the hold harmless group where Medicare Part B premium increases are concerned. I get considerably less than $85k annually and I will have Part B and Social Security next month and the next. So my premiums will stay the same for 2016 as they were for 2015. And thank goodness, I don’t have a premium for Humana and I don’t pay for a supplement to pick up piddling amounts.

And now on to other Activities of Daily Living.

Last night, I went to the light switch in the kitchen and turned the light off on purpose. I wondered what would happen when I flipped it on this morning but I went to bed and had a blissful sleep in the dark.

This morning, I held my breath and pushed the switch from Off to On. The lights came on just like they are supposed to! When Cuz got back from taking her construction partner to the doctor, she said we’d let the ballast go until it gave problems. I’ll get full spectrum bulbs to replace the greenish glow-y ones that were put in for a test. The color of light won’t be as harsh and the two fixtures will match.

After my good night’s sleep, I buzzed around and got things done before my nurse friend came to shoot me. She was surprised to see a 30 ml vial sitting out with the syringe and alcohol prep pads. She said she’d have to remember not to try to draw the whole thing up at once. It would be rather hard, anyway. The needle went in very easily. I think they might have gotten blunted on the bottom of those little vials from time to time. 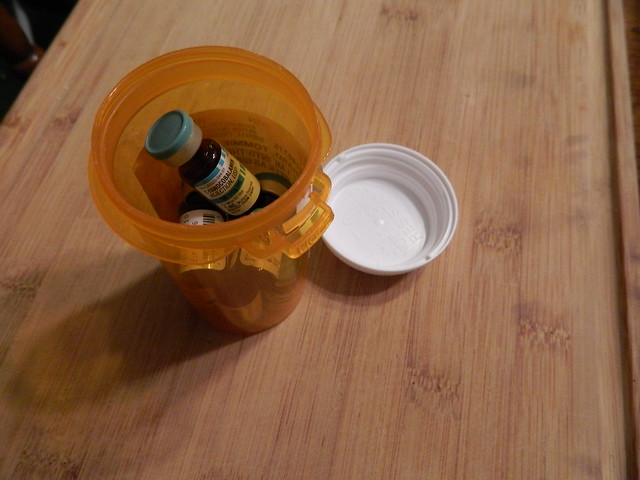 I told her about Genese’s Internet fiasco and she was distressed over the fact that the Mother Ship is so unfeeling. She said, “That’s her HOME!” Sadly, she’s right.

My post on my devotional site had yielded many responses. One person told me to contact the ombudsman for this area. She said, “Your friend has to be provided with internet access if she wants it. This is her right as a patient. I work in a nursing home and inquired today about this issue you have stated.” So, I emailed Trudy Mott who is the one for Genese’s residence. I’ve heard her name before and I know she’s met with Genese. I haven’t heard back but I hope it gets the ball rolling.

Another IT expert said the cost for WiFi for a system that is already in place is very low. He suggested starting a letter-writing campaign so I posted the information. Other people offered to send money but I don’t think that’s a solution. If she had private access, the cost would be ongoing. It will be interesting to see how this plays out. I just hope that whatever happens, happens soon. I have to remember to pray that God’s will be done.

It took a long time to answer the almost 20 comments aimed at me this morning. This was a very different day than most. I’m tired and sleepy so I think I’ll go to bed and enjoy looking at the dark.

Let There Be Light
Slip Slidin’ Away

4 Responses to A Double-Edged Sword