Let’s see if I can do better tonight. Last night, I was coughing so hard and so often that my hands were jerking on the keyboard. I did well to get that short post published.

I can’t remember being as cold as long EVER. I’ve been wearing layers and wrapping up in Mother’s Snug Sack. UPS brought me some (supposedly) warm slippers today but my feet are still cold. The heating pad merm gave me is at my back and the hot water bottle (also a gift from merm) has been keeping my lap warm. The temperature here in the living room has been 61 most of the day. That isn’t hypothermia low but it isn’t comfortable. With the oven supplementing the Dr. Heaters, it’s finally up to 64 where I’m sitting.

Yesterday, I took a few pictures of the snow and related subjects.

This is the unsullied snow: 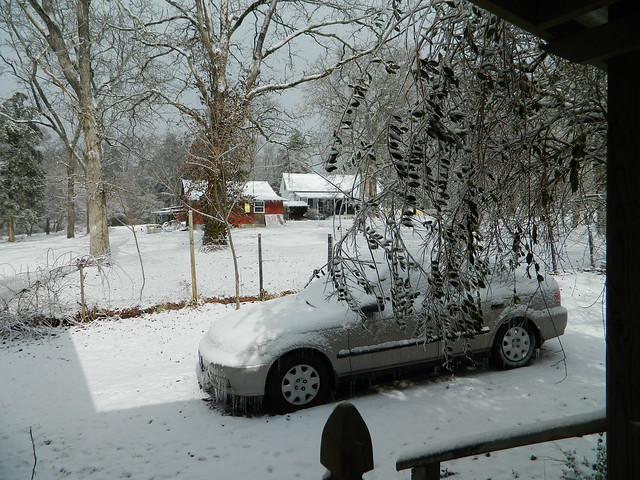 And this is after the Catz had made their presence known. 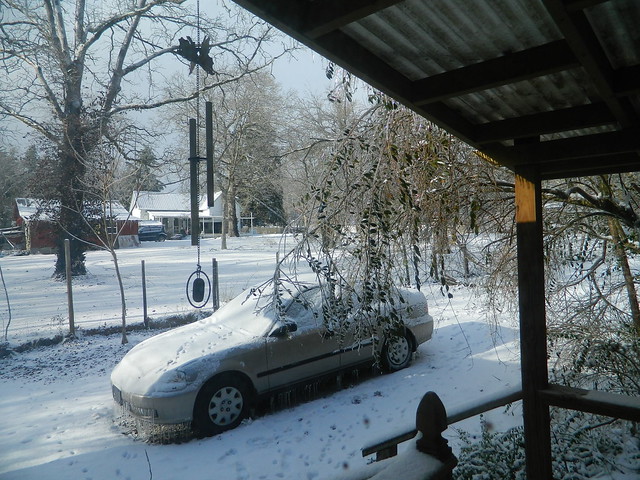 These are two of the four I’ve been feeding: 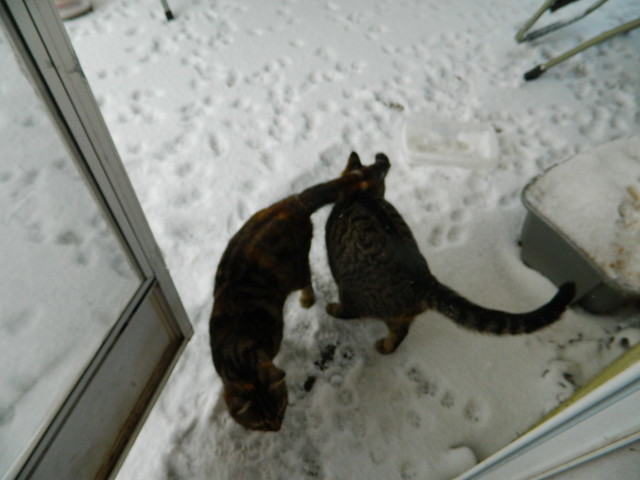 Cuz’ garage has quite a collection of icicles: 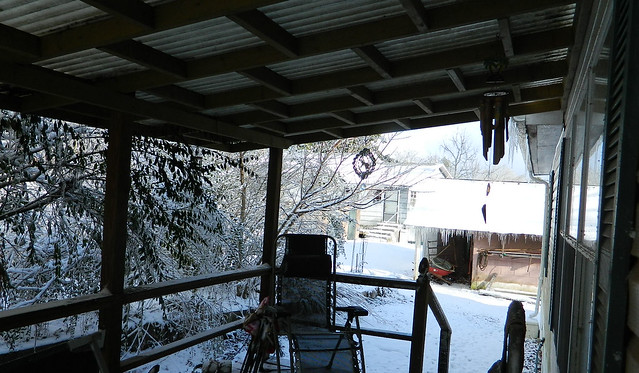 After my trip to the mailbox and back, I thought I’d knocked all the snow off my shoes. However, when I went to the bathroom, this was on the floor: 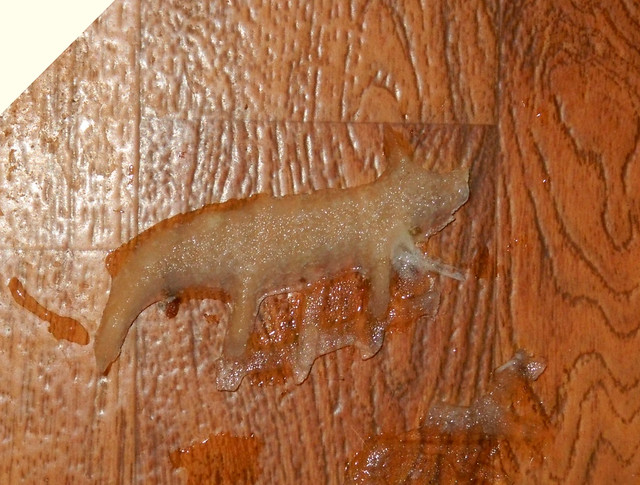 Last night, there was a loud sound under the floor of the kitchen and I could feel the vibration. I wondered if it might be a buildup of ice giving way. Or maybe a critter pulled more of the duct work down.

One thing that makes it seem colder than it actually is could be the humidity in the house. I just checked and it’s 17%. That’s awfully low. I probably should put a pan of water on the stove.

My cough was deep and like a dog barking when I got up this morning. It’s loosened a bit but sometimes it burns. I’ll be so glad when this cold weather gets outta here.

This afternoon, a woman from the post office called about my package. She apologized all over the place about the incident. I told her I would have never gone to the mailbox if the info online hadn’t stated that a notice had been left. She tried to tell me that the carrier probably filled one out but couldn’t get to the box. She also said she’d had an accident yesterday and one today. I don’t know if she meant she did or the carriers did. Anyway, I promised to stay in when the weather is like this. According to her, this is the worst she’s seen for the mail carriers in this area.

My sister is stuck at her daughter’s place until, probably, the middle of next week. She wants to get home in time to pay the first of the month bills. I’m glad I don’t have to deal with such. I’ve tried to evangelize her and our other sister but I guess they’re too set in their ways to change.

The temperature got down to .9 last night. That’s uncomfortably close to zero. It got “up to” 13.6 before it started dropping again. It’s currently 7.8. Would that the decimal point were lost!

This afternoon, the setting sun was making the ice on the trees sparkle like diamonds. I tried to take a picture but my camera can’t be manually focused. It focuses on what is closest and that was the window and the screen. Sorry, but I wasn’t about to go outside to take a picture. You’ll just have to take my word for it.

Not Tonight
Improve My Mood

One Response to In the Deep Freeze