The weather report wasn’t too encouraging. I’d promised Cuz I would feed the critters first thing yesterday morning but I didn’t want to. When I woke, it was well after 8. At that time now, it should be broad open daylight but the day had dawned dark and dismal. This is either before or right after I took care of the livestock. 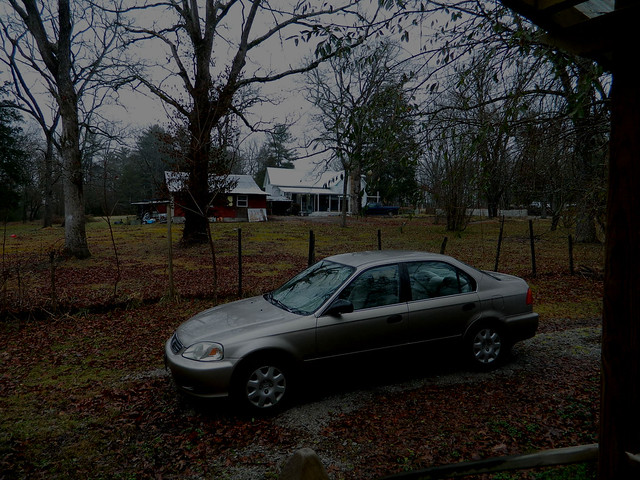 My mood matched the sky.

When I went to the house, the air was damp but there was nothing falling. On the way back, it was beginning to rain. I was glad THAT was done.

I’d thought about checking the mail but didn’t. Unless I’m expecting something, junk can stay in the box for all I care. The last time I’d been to the mailbox was on Tuesday.

The regular Friday chores were done earlier than usual. I reconfigured the bed by taking the (newly laundered) Earthing Bag, spread it out by unzipping it and now it’s my top sheet. After I put the fitted sheet on the wedges, the Earthing Bag would slide and while the wedges pretty much stayed put, I didn’t.

My bath was taken before sundown and I ate at a reasonable hour. Looking at the forecast on Weatherbug, I decided I wasn’t going to push myself to go to church. Being out in the cold damp air worsens my cough.

Just as I figured, not having the Earthing Bag between me and the fitted sheet did make it easier to stay where I was supposed to. I had a decent night’s sleep, if not perfect.

Going into the kitchen, something white caught my eye. It had snowed during the night! There wasn’t much to speak of but there WAS snow. Maybe the third of the four or so snows predicted for this winter? The sky had cleared and the sun was out when I took this: 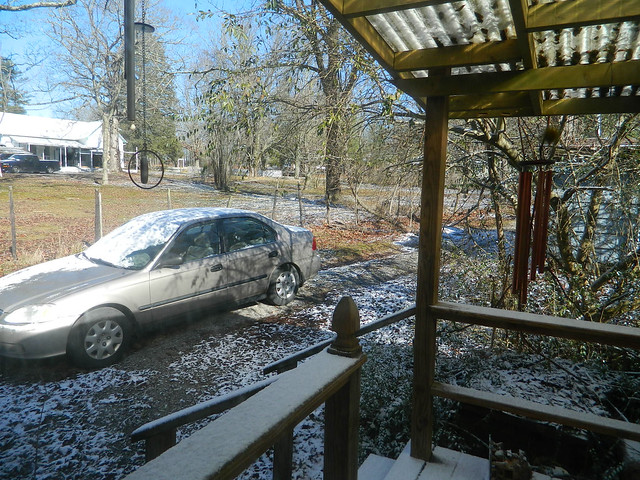 It was still cold but not dismal, at least. From the look of the deck, no Catz had come calling. 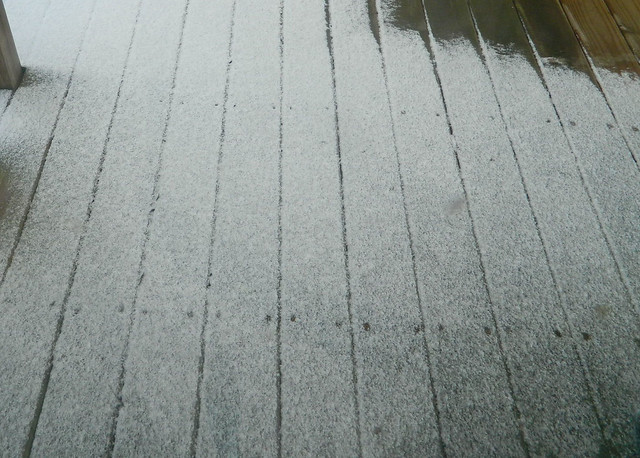 I “went to church” by watching a video from the university church. It was the service I’d tried to unsuccessfully stream a couple of weeks ago. It was very good. The music was provided by a male chorus. I thought they looked awfully young and I understood why when I learned they are from the academy.

This afternoon, I watched “Fat, Sick and Nearly Dead 2”. I liked it better than the first one. Phil, bless his heart, had fallen off the wagon. He’s since moved to North Carolina where he hopes to have a better support group. It still hasn’t convinced me that juicing is the way to go for me. Joe Cross “reboots” now and then but he doesn’t juice exclusively as a general rule. He eats something like 40% fruits and veggies, 30% flesh foods and 30% processed. That’s not volume, though. The percentages are calories consumed. Processed calories can build up fast.

There’s a bus stop that merm passes daily so she took pictures of it today and posted them into private messages on Facebook. I don’t know what the initials stand for except they are mine. 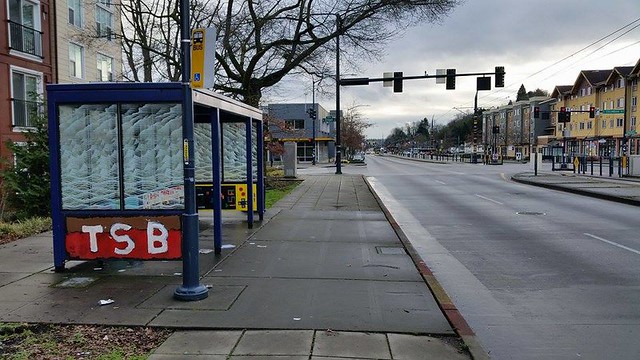 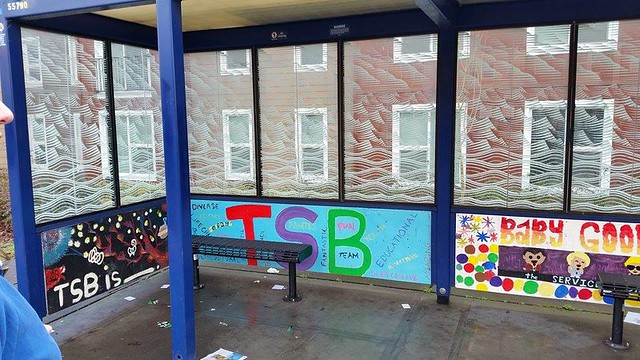 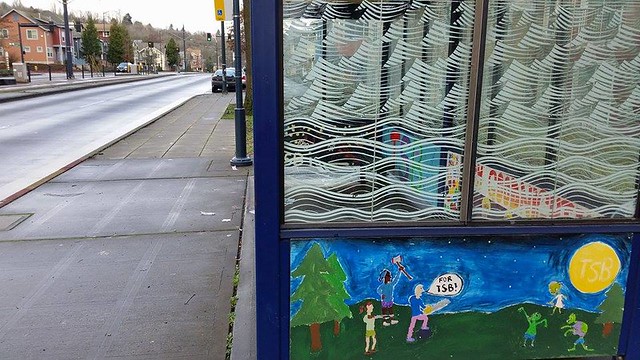 One thing the documentary did was encourage me to eat a salad for supper. I’m not crazy about them in the winter. I also had a couple of ribs of celery. I always think about how my ex would get riled by my munching celery. I’d get long, long ribs of it and eat two or three. No wonder I was so skinny! There are some interesting recipes on Joe’s web site.

I’ve gotten addicted to the hot water bottle. Last night, I’d put it on top of the lower wedge. With my help, it had fallen down. When I woke and it was gone, I was near ’bout frantic. I sat up, found it and breathed a great sigh of relief.

It’s about that time again. The diffuser has a little longer to go. When it’s done, I’ll empty and clean it and then go to bed.