Last night was my night to sleep and sleep, I did. It was almost 9 when I crawled out of bed. This taking turn about is getting old. I’m just selfish enough that I want to have a full night’s sleep every night. In spite of my hours of shut-eye, I’m sleepy.

There were weird dreams interspersed in my night in the Land of Nod. A woman came in accusing Twinkle of dastardly deeds. I don’t remember exactly what it was but it involved her biting the heads off dolls or something. During all that, I was helping a woman find her coat on a circular rack of clothes that was set up in my living room. Such entertainment when the lights are out!

Ever since my getting choked up yesterday, I’ve been congested. At times, I’ve heard myself wheezing. I had the diffuser running until just a little while ago but I see it’s shut off. There have been coughing sessions. Once, I failed to squat instead of bending from the waist and I’ve paid for that, too.

DD emailed last night (I didn’t see it until this morning) that my gift for her was nowhere to be found. The management of the apartment complex had emailed that mail had been stolen on Friday night. Later, she emailed that she had the package I’d had sent to her which was a relief. I’m sure Amazon would have made good but I’d rather not have to go through the red tape.

Then, tonight, I got an email that she has a Fit! It’s about time! 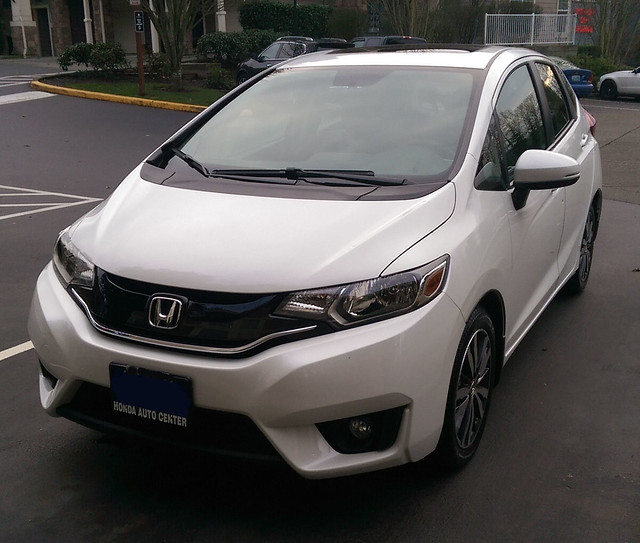 I told her to breathe in that new car smell for me. If I tried it, I’d probably end up coughing up my toenails.

Just as I was sending my reply, I heard a pounding on the roof and looked out. The rain was coming down hard. The rain chance is 70% tonight, 80% tomorrow, 100% tomorrow night, Wednesday is 90% tapering off to 30% Christmas Eve. Don’t the Weather Guessers know it’s supposed to be snow? How else can we have a white Christmas?

I’m so tired of coughing. I think I’ll take myself and put me in a nice bathtub. Maybe that will moisturize the airways and I can get some more decent sleep.

4 Responses to DD Has a Fit