Mid-morning, I was checking Facebook. One of my friends posted a plea for prayer. Her 39 year old son and a 40 year old friend were out bicycling and had been hit by a car. They were both being airlifted to the nearest trauma center. It didn’t look good.

I’ve known my friend since the mid 1980’s. Her son and DD were playmates back when they both were little. Not really little but, like, 7 and 10. We took a weekend to go to Panama City—my friend, her son, her boyfriend, DH, DD and me. The son and I went on a paddle boat together and his mom took this picture: 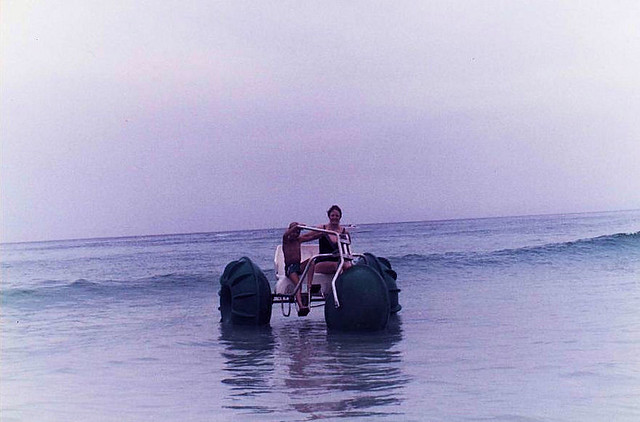 I remember we saw a jellyfish swimming beside the boat and it was beautiful.

She’s kept us up to date about her son’s condition as well as the friend he was riding with. The friend was fatally injured. Her son has multiple injuries. The last I saw was that he’d had his broken leg pinned and three screws inserted. There was also mention of a brain bleed and an injury to his spine. I’ve posted on my church page and sent out an email asking for prayer. Genese answered the email and the Cavalry’s wife posted on Facebook.

Checking the news stories again, there was a update. The son’s condition is now listed as critical. The report also said,

An emergency management technician at the scene said a third cyclist was riding with the other two and was able to walk away because the two men were riding behind her.

[The two cyclists] were on the ride in support of their friend who was hit by a car while cycling one year ago, less than two miles from where Monday’s crash occurred.

Life is very fragile. The investigation hasn’t revealed drinking or speeding as a cause.

It’s been hot here today. I almost forgot to feed the critters. I’ve gotten used to not doing that but I’ll have to remember to keep them from going hungry. Of course, bodies lying all over the deck are a pretty good reminder.

DD called this afternoon. I was surprised she wasn’t out with That Boy. Turns out he was there at her place. I don’t think they spend too much free time apart.

When I looked up the picture of the son and me, I found others, too. I’m going to risk insulting DD by saying I’ve been struck by the resemblance between me then and her now. 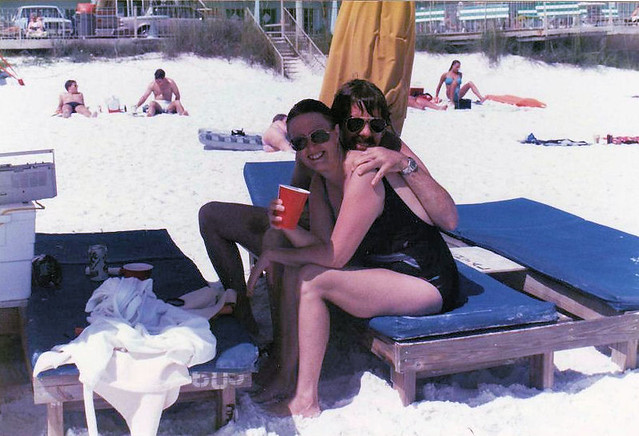 If you enlarge the paddle boat picture, it’w evident there, too.

Twinkle has been lurking. You’d think half a can of food would be enough but she’s asking for more. Maybe it’s because I splurged and ate watermelon.

Time for the Next Wave
Sedentary

2 Responses to A Sad Labor Day