Yesterday, I was so psyched that the temp had gotten down to 67 degrees overnight. This morning, I pushed Min/Max again and the minimum was—67 degrees. I’d not been overjoyed when it didn’t show what time it was either the minimum or maximum. Pushing the button again, I noticed something was changing. The date. The minimum of 67 degrees was on (GET THIS) August 19. A week ago! How long it keeps the minimum and maximum readings, I don’t know. I moved one of my ancient thermometers into the bedroom and now I’ll know what it is midnight to midnight.

I have the sensor that has a temperature readout here by my chair. For some unfathomable reason, it has decided to flip back and forth between Celsius and Fahrenheit. When I was googling C to F, I found an easy way to convert without having to look it up. Double the Celsius reading and add 30. It isn’t completely accurate but, as the fellow said, if you want to know whether or not to put on a jacket, it’s close enough. I think the conversion is actually 1.8 x the Celsius reading plus 30. Someone commented a rhyme learned in school is “Zero’s freezing, 10 is not; 20 is warm and 30 hot”. That was “when everyone expected us to be using the metric system in the year 2000 while we drove our flying cars to work while wearing silver jumpsuits…”

So I could have the outdoor min/max that will be closer to accurate, I put one of the old sensors close to the new one where it will be out of the sun. I shoulda been a meteorologist. Weather has always fascinated me.

I think I made a boo-boo today by leaving the fan turned off in the bedroom. I’d stopped it in the early early and didn’t turn it back on. I walked into the bathroom this afternoon and it was stifling. Turning it back on helped but it will probably be hotter sleeping tonight.

Changing the subject, I had an email from Walmart Savings Catcher. Seems a lower price was found somewhere (that somewhere was Bi-Lo) and I’m getting back this much: 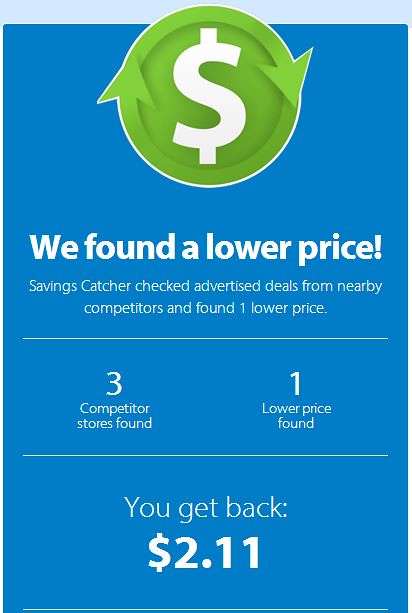 I’ll just leave it there and, on the off-chance that there are other bargains I miss, let it grow. I’m grateful to Cuz for the heads up about this. It isn’t much right now, but every little bit helps.

Last night, I posted a picture of my granddaughter’s hair. I should have posted this one, too. 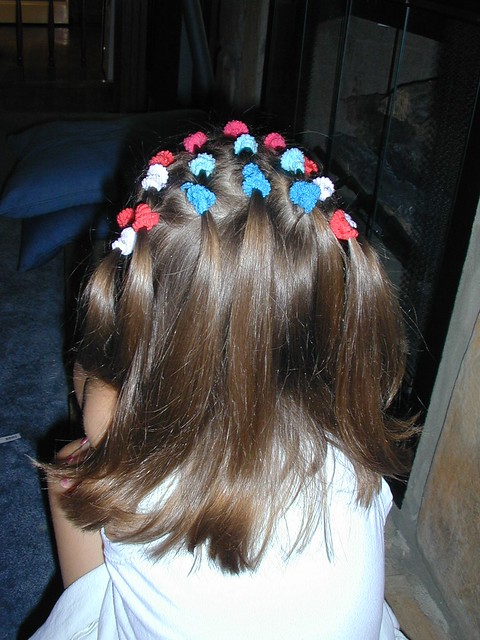 One of my Facebook friends had posted something in the county group I belong to. I was scrolling through the pictures and found one of my uncle’s drug store: 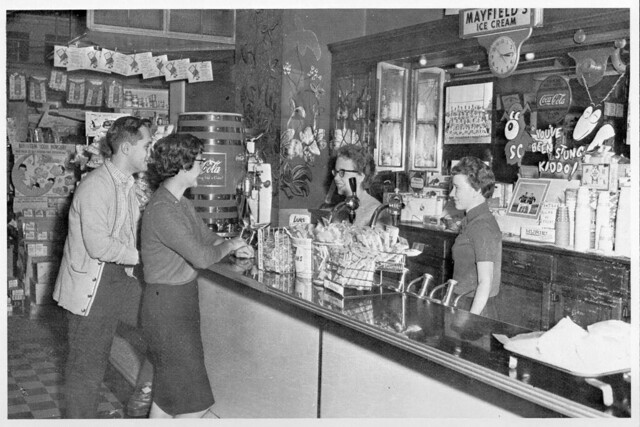 It looks so old in this picture. I don’t know when it was taken or who took it. The dates on what must’ve been from some publication say 1930 to 1961 but it was still in business when DH and I got married in ’72.

Speaking of old, I’d held onto the loaf of bread Humana sent me back in March. It still looked perfectly good and I wanted to see how long it would stay that way—kind of a science project. However, it had been invaded and I noticed critters in it so I gave it to the birds. I hope it doesn’t make them sick.

I’ve done nothing on the “helps” today. From what I see (or don’t see) on the server, there doesn’t seem to be much of a push to get anything done.

Twinkle just headed to the kitchen. I don’t want to forget to feed her like I did the other night. She let me know it about 4 a.m. and I had to get up and correct my mistake before she’d let me go back to sleep.

Chillin’ Out
I Bit the Bullet