We’ve been lucky much of the summer. Last year by this time, we’d had several days of 100+ degree weather. I shouldn’t complain but the last couple of nights have been miserable. They’ve made me wish for an a/c I could use but not enough to break down and breathe mouse poop.

My latest credit card came yesterday. We’ll see how long it takes for someone to crack the code on this one and start merrily shopping on Discover’s dime. So far, They haven’t been successful so I doubt they would be on down the road.

I was able to get most everything I needed at Walmart. There wasn’t a mango in sight but they did have some avocados that were okay. I had price match on them for 49 cents each and I got a watermelon for $2.99 the same way. For the first time in ages, I had to pay full price for bananas and the second time for almond milk (I should spell that “mylk” for my sister’s satisfaction).

Spying my friend in Customer Service, I waited until she was free so I could say hi. I told her I was using my third card in a month to shop. She was amazed and wanted to know if the number had been stolen there. Well, I have no way of knowing what, where, why, how. If I did, I could keep it from happening.

From there, I went on to the animal hospital and was deflated to see the parking lot was full to overflowing. When I got inside, there was a large man at the counter and whatever he was doing was taking forever. Didn’t he know I had FOOD in the car? Like the woman from my other shopping trip, it was obvious he didn’t have anything on under his T-shirt that had the sleeves cut out but it wasn’t nearly as interesting.

The man finally completed his business and I was next. The nice red-haired lady got Twinkle’s food and heaved it onto the counter, then started entering everything into the computer. She knows what I’ll ask by now and had already found a coupon for $5 off, bless her.

The young woman who took Twinkle’s picture months ago came out and I handed her yet another email address. She hasn’t used it yet. I’ll be shocked and amazed if I ever get that picture.

When I got home, I pulled up to my cousins’ house and fed the critters. I felt so sorry for the sugar babies that I’d bought them a jar of rice and corn so I wouldn’t have to give them the nasty stuff they don’t like.

Hauling everything in was tiring because of the heat and humidity. I was pooped but I managed to get everything put away and ate supper before I gave up and went to bed before 8:15.

It was a miserable night. I was hot and sticky and tossed and turned. Sleep was spotty until a little after 3. I got up and took a bath, then went back to bed. It had cooled off to 77 or so by then and I was able to sleep.

I was late getting to church which made my friend all antsy because she thought I might not be coming and she had my stuff from the book store and supermarket. I’d replaced the stems in my hearing aids and it had taken longer than it should have to get the “curl” just right. Next time, I’ll ask the audiologist to “pre-curl” them for me.

Another thing that delayed me was a car pulling into my driveway just as I was getting ready to pull out. I walked toward the strange car and a woman got out to give me a tract. It was emblazoned “JW” which, I suppose, is short for “Jehovah’s Witness”—and to me, that’s a bit sacrilegious to abbreviate “Jehovah”. Anyway, I guess she saw my Bible and I wished her a Happy Sabbath. With the driveway cleared, I was able to pull out. They’d stopped at my cousins’ house but I’m sure they found no one at home.

The Computer Owner sat next to me in church and said she’d been able to get her computer going again. She had no idea how but I’m thankful for whatever it was.

For a change, I was comfortable and didn’t have to wear my jacket.

On my way out, one of the ladies whispered in my ear that she misses my organ playing. Another wanted to know if the hymns dragged a bit today. They usually do unless the trumpeter is playing. I’d try to speed them up but it did little good.

When I got home, I had to back out and come in another way. Cuz’ twin brother’s truck was parked in the driveway. I could have gotten by him but it would have taken a layer of paint off the right side of my car.

Twinkle and I have had a quiet but hot afternoon. I talked to Cuz tonight and she said it had started raining again. Maybe it will cool things off a bit.

When Cuz got back from Florida, she emailed me about Walmart’s Savings Catcher. I won’t stop price-matching but if this nets me anything I guess it will be worth the seconds it takes to enter the numbers. I downloaded the app on my phone but it’s more trouble than putting the info in online. This is my third try. The first two got me nothing, zero, nada. 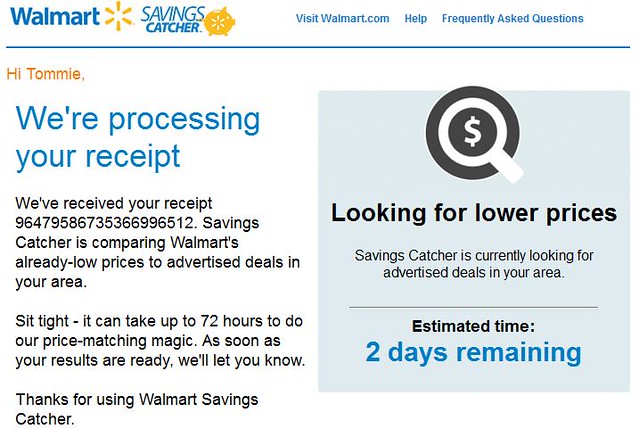 I had to change my password for Yahoo yet again (Flickr is a Yahoo entity). I won’t say what the new password is but it states how I feel about Yahoo and it ain’t complimentary. It might not bug me as much if it were free but I pay for Flickr and did before Yahoo took it over.

Well, something is up with Cuz’ new computer. She said she was using it today and, all of a sudden, it wouldn’t do anything. I have a feeling it hasn’t been updated regularly and Something is rotten in the system. I’ll go over in the morning and see what I can do to get it back in working order.

Where I’m sitting, it’s 83 degrees. I hope my bedroom’s cooler.

Peace and Quiet
Cooling Off