I was in bed by 10 and had thought about setting the timer but I decided against it. At 3:30, I was awake and thinking about the business meeting that was scheduled for 8 a.m. I’d spoken to the pastor about an offer I’d received to expand the reach of the Telephone/Email Committee (of one) and he’d advised me to present it to the board for approval. The business meeting is as good a place as a board meeting for such.

I suppose I was afraid I’d oversleep because I never did doze off. Right now, my head feels like a basketball. I tried to relax and I made myself stay in bed until about 5:45.

My morning routine out of the way (my Wii Fit Age was 20), I had my quiet time and prepared my breakfast to take with me. Peaches turn dark unless they are “doctored” with something so I elected to go with mango and blueberries. I put some organic millet rice flakes in a container and filled a jelly jar with almond milk.

Pulling up to the whatever-they-call the fellowship hall now, I glanced at the clock. It was 7:48. Switching off the engine, I settled down to listen to the radio while I waited for the crowd to show up. No one came.

A few minutes after 8, I drove to the clinic and got out. If I stood close enough, I should be able to get on WiFi and make a phone call. I went up the steps and cozied up to the front door.

Someone shouted. I looked up. It was Security. “What’s your name?” I called it out. He walked up the ramp as he said the clinic was closed. Well, yes! Then he took a closer look. “You used to work here!” “Yes, and you are Karl!”

I explained that I’d come down to a meeting and was the only one to show up. He figured I’d gotten the date wrong but I told him it was published. Then I told him I was trying to connect to WiFi since I can’t get a signal on my phone in the valley. Complimenting him on his response, he grinned and said he had one more day to work and he’d be retiring—again. He’d already done that once and gone back. Wishing me luck with the “FiWi or whatever it is,” he turned and went back to making his rounds.

It took a couple of minutes of fiddling to get access to the “FiWi” and call my friend. Oh! The meeting had been postponed for two weeks. It’s to be the 17th (which is also Mother’s birthday). It was announced in church. Well, DUH! I wasn’t there and no one let me know. I’d showered, dried and fixed hair, dressed and driven to the valley for no reason at all. Thankfully, seeing Karl took some of the sting out of my being ignored.

My friend had offered me some green beans but they are the run-of-the-mill bush kind. If I’m going to fool with beans, I want greasy beans. I decided I’d stop and get some on the way home—and then the produce place wasn’t open yet. I guess I was out and about too early. I’d considered going to see Genese but it was too early for her, too. Both she and Kimberly have let me know she doesn’t like to be disturbed before 10 o’clock.

A bit later, I broke out my breakfast and ate it. 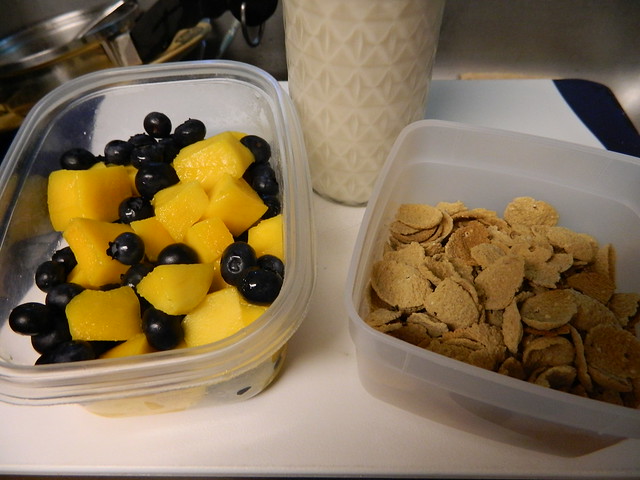 The moth was still on the screen but it had its wings folded. 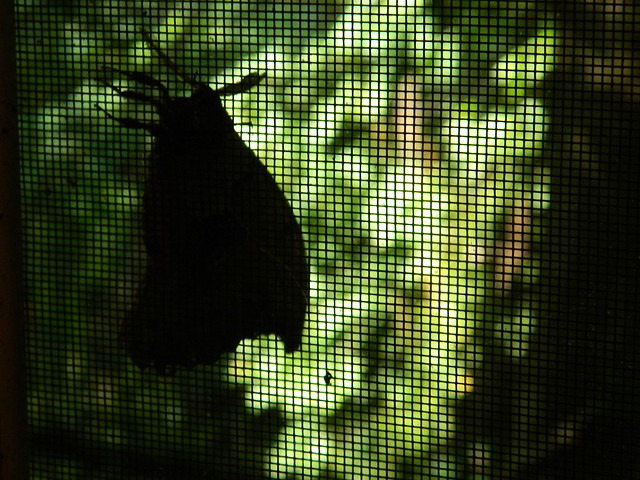 Tonight, they’re spread open again. The spots are either very transparent or holes in its wings.

DH’s nephew posted a link to A Place at the Table. I looked it up on Netflix and watched part of it before I messaged my former roommate from academy and let her know it is a good one. She watched it and was profoundly touched. I agree with one of the reviewers that it should be required viewing for all politicians.

I called DS1 and found that the Cooler Master causes a buzzing sound on the Magic Jack. We didn’t talk long, anyway. He has a trip tonight and was trying to catch some z’s.

Tiring of waiting for the HTML person, I worked on the problem with the file and finally fixed it. I don’t know how I did it. I do know I prayed about it so maybe it’s a miracle. There is still an uneven number of open and close quotes.

I’m going to have to forget the lesson file and call it a night as soon as I feed Twinkle. When I start working on corrections, etc., hours can go by in a flash.