I had an invitation to go to my cousin’s annual 4th of July bash plus the church was having a picnic in the park. Either one would involve a lot of driving so I decided to stay at home. I did something I’d been threatening to do for several weeks. I watched The Princess Bride. For the umpteenth time.

ALDI had avocados for 69 cents each so I got a goodly supply. With such riches, I made chocolate mousse as part of my celebration. I couldn’t keep it all to myself so I filled a little container to take to Genese.

Twinkle was hungry, as per usual, so I went to get some food for her out of the fridge. Starting to take hold of the refrigerator handle, I was surprised to see this at rest where I planned to put my hand: 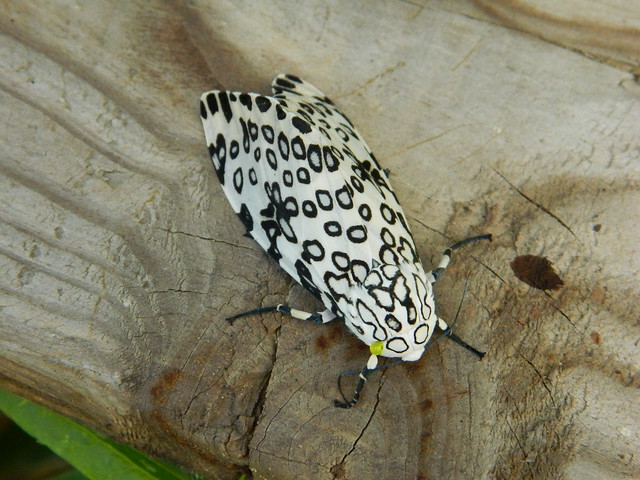 I got a glass jar and an envelope and trapped it. Taking it outside, I expected it to fly away but it didn’t. Instead, it rolled over on its side and curled up. There were little clearish thingies on its abdomen. I don’t know if they were parasites of some sort but when I looked at the picture, there’s another just above its front right leg. I left it where I put it and it stayed there for a long time. Maybe one of the Catz got it. I don’t know. It was gone this morning.

It was enough cooler that I put on sweat pants and a long-sleeved T after my bath. This morning, it was 64 in my bedroom. Good sleeping weather.

My routine has been setting the timer for eight hours on Friday night. Not last night. I got up when I woke up enough. It was the first day of the rest of my life.

I moved at a leisurely pace. I’ve usually been (as Mother would have said) in a swivet. Not today. I took my time. No need to be at the church for the first song service. I could be late if that’s how it worked out. And it did.

Second song service was well underway with both instruments in use. I enjoyed being part of the congregation. I’ve learned the church is warmer in the back so I took a seat on the very last pew against the wall.

Everything went off just fine without my help. Once again, the old saying that no one is indispensable proved to be true.

It was a good thing in more ways than one that I wasn’t sitting toward the front of the sanctuary. Yesterday’s intemperance tended to upset my GI tract and I had to dash for the bathroom several times.

After church, I was able to speak to people and collect some hugs which is still quite a novelty. Then I headed to the nursing home with Genese’s treat.

I didn’t plan to stay long. When I headed down the corridor to her room, her daughter, son-in-law and their daughter came out of her door. She was more than slightly indisposed. I ran into the room, gave her the mousse and left.

Ocean Mist heirloom artichokes have really been good this year. I had the best one yet today. I hope there are more the next time I go to grocery shop.

My cousin and CIL were home this morning (!!) so I didn’t have to feed today. They were still there when I got home. (!!) My cousin came over and visited for a little while this afternoon (again !!) and we found out we both have appointments in Chattanooga on the same day not too far hence. Hers is at 11 and mine is at 2:30. I was leaning toward going together but I got the idea that she was leaning away from it so I didn’t bring the matter up. I’ll go solo once again. That’s what I usually do, anyway.

Bible Gateway has thrown those of us at SSNET a curve ball. Up until this quarter, the mobile lessons linked to the mobile version of Bible Gateway. Now, the links redirect to the “new” site that isn’t optimized for mobile use. Instead, they have mobile apps which don’t help me at all because none of them are for the PC. There’s a legacy mobile site but it will eventually be taken down. I’ve been asking them to restore the mobile Gateway but I’m losing hope. It will be interesting to see how this plays out.

Twinkle came in and looked at me with those pleading eyes. I’ve given her a good-sized chunk of cat food. I’ll have to remember to give her more before I head to dreamland.