Today wasn’t a whole lot different from yesterday. I’d thought it was time to Go Shop but then I decided that, after all, tomorrow is another day. I don’t have the tiny waist and brown curls to go with that quote but that’s okay. It holds true there will be another tomorrow. I’m banking on being here to see it.

Far as I know, my CIL didn’t make it home. If he did, I didn’t see him. I have a lookout but she wasn’t talking. 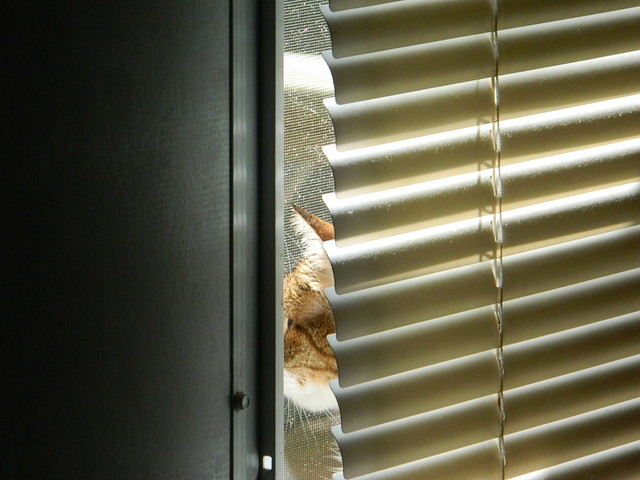 When it gets too hot, she moves here where the fan can blow on her and keep her cool. 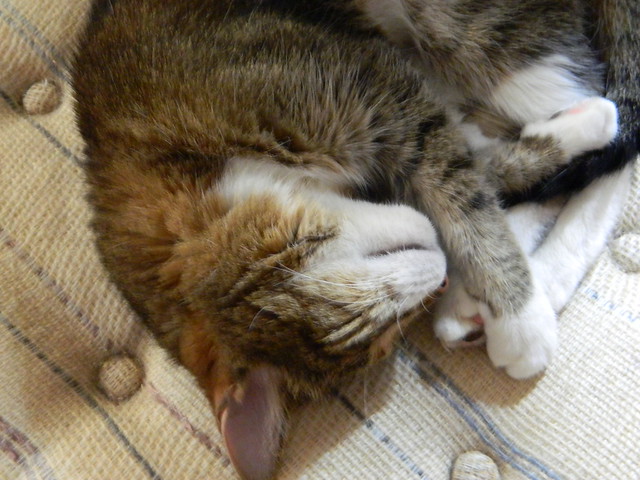 In response to my text, my cousin said she’ll stop in and feed the critters tomorrow. I don’t know why they don’t move the livestock, too, and consolidate everything. She’s running herself ragged trying to maintain two places.

I did some more work on the lessons. A few more and I’ll have the coming quarter sewn up. That doesn’t mean it’s over, though. I got the 4th quarter manuscript via email two days ago.

There were five active alerts this afternoon. Severe weather, thunderstorms, flood statements. There was a lot of crashing and cracking and I saw a couple of bolts of lightning but there was little to no rain. The valley recorded .05″.

After the fireworks were over, I went to the mailbox for the first time this week. I had a sweet note from my niece but nothing from Humana about my appeal. I’ve sent a secure email to find out the status, for sure. The second bill for the $269.25 came today and I don’t want to call and tell them Humana has adjusted my portion off until it’s official.

My roommate from academy is working on my genealogy. She found my grandmother and oldest sister on the 1940 census but my other three sisters and my mother weren’t listed. Then she sent me a private message on Facebook:

Texting strikes again! She wanted to call me tonight but we get so wound up talking, I knew it would be late-thirty before we’d finish. That’s another tomorrow thing.

Genese was scheduled for a CT at the Mother Ship today. I’m wondering how it went. I know she’s worn out on top of being worn out.