Bedtime and I are not on the same wavelength. Seems no matter how hard I try, I can’t get there at a reasonable hour. I really am going to try harder tonight.

When I did my body test, my Wii Fit Age was 20 for the second day in a row. Yesterday, I’d taken a couple of pictures of the three Mii’s—left to right it’s me, DD and Twinkle. If left to their own devices, those two inevitably fall asleep while I look around and do stretches.

This morning, there was an email from Humana. I had a secure message at their communications center. I logged in and there was a reply to my claim inquiry. If I would give them the claim number (I already had) and the dates of service, they’d look into it. I messaged back with the requested info plus the amount of each of the three components then went to check the status. It was completed with the $269.25 in the “You (as in me) pay” column. Just to make sure it’s being reviewed, I’ll call tomorrow.

DS1 called me with another question today. This time, he wanted to know the name of a certain comic strip. I supplied it and he told me he was on his fourth run this week. Maybe he could pay some of these bills I owe…

There wasn’t much I needed from town but it wasn’t going to sprout wings and fly out here so I braved the shower and cleaned up. Today actually turned out to be warmer so I wore real clothes rather than my usual sweats.

Soon as I got to Walmart, I went and checked in at the beauty shop. The girl who most often cuts my hair wasn’t working. The one with the yellow, hot pink and purple/blue (it changed color with the way the light hit it) hair, lots of tattoos and multiple piercings is the one who did it. I’ve watched her cut hair before and she’s the only one who sections it off and does it the way I was taught these many decades ago. I had a hard time getting her to cut the back as short as I wanted it so the manager came over and showed her. She’d cut my hair before and I would have had her do it but she was busy when I walked in.

I think that upset the apple cart a bit. Pink Hair asked if I wanted my hair styled but I said no so she just left it wet. Everyone else has always dried it but that was fine. I didn’t have anywhere to go except around in the store. I finger combed it a bit, paid my bill and left.

Back in the dairy section, I ran into my friend I’ve taken road trips with to see our friend in the Federal Prison in Kentucky. We were having a good visit when one of my former co-workers walked up. I failed to introduce the two of them and later felt like kicking myself.

When I went to the bathroom, I looked at myself in the mirror. Talk about a mess! That was my hair! It was dry by then and looked awful! That was okay, though. It probably made everyone who saw me feel better about themselves. I finger combed it some more, finished up my shopping and left.

I unloaded, put things away and drank my water. My mirror image said some trimming was needed on the right side of my bangs. Supper was going to be quick and easy. I checked my email and there was a comment on yesterday’s post that the Cavalry was probably headed this way. My plans went on hold.

Not long after, the doorbell rang. Sure enough, the man was here about a water heater. He replaced a hose that was leaking, turned the thermostats up and made sure the water was turned all the way on at the meter. I’m to monitor it and let him know how it’s doing. Tomorrow, I’ll attempt another bath. I asked him what it had been set on and he said it was just above 100 degrees. That’s not much more than body temperature. Even so, 50 gallons should have more than filled the tub. What’s coming out of the faucet now is much hotter than it was before.

My cousin called and said there’s to be a get-together for friends and family of her construction partner. It will be to honor his daughter’s memory. I didn’t know her but I do know him. I’ll decide later whether I want to ride with my other cousin and her husband (if they’ll let me) or drive.

Genese’s latest creation has something to do with XP. I wondered if it has to do with its death but she hasn’t said. 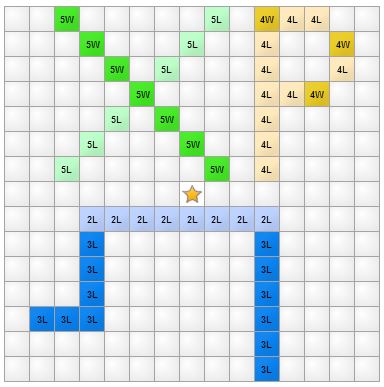 I’ve had my supper but Twinkle is still to be fed. She eats around the clock. I’ve never been one to have a midnight snack but she’s totally into it.

A Devious Day
Of Tub Baths and Chocolate Mousse

4 Responses to In Hot Water?