Last night, I started to upgrade Vista. Then I changed my mind. Why do something that had already failed once? If I did a custom install and forgot about Vista, the pathway would be different and there would be a better chance of gettin’ ‘er done. So, that’s what I did.

I’d tried to do a custom install with the DVD and it didn’t work so I started it off the flash drive. It was well on its way when I went to bed.

This morning, Windows 7 greeted me. It looked ugly because the video card driver was missing but, as soon as I updated that, it looked normal.

It has been updating all day long. Right now, it’s assembling Service Pack 1 and it’s taking ‘way too long. I’ll let it decide whether to abandon it or not and leave it be.

Before 11, my cousin came over and fixed the commode. It’s nice to have a two-holer again.

She said my CIL had forgotten to bury Blackie so she had that to do, too. She thought, perhaps, someone had shot her. I talked to her just a few minutes ago and it seems she’d been hit by a car. Her legs were broken. It makes me sad all over again. She’d buried her behind the shop with the other cats present. They had a little service.

Genese has been creative again. She’s made another Wordscraper board. She wrote, “spring is coming with sunshine and flowers” It can’t be soon enough. Weatherbug is running a winter weather advisory. Sleet and freezing rain are predicted for my neck of the woods. In the meantime… 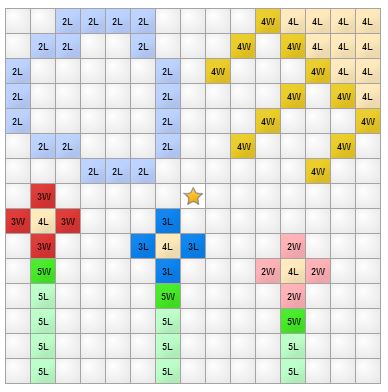 DS1 called earlier and was surprised when I answered the phone. He was calling someone else. Seems I disappoint a lot of people. He called me back and figured my supposed success with Windows 7 was certainly due. He said it took long enough.

The pianist from church called to give me some information I needed. I’d left the phone in the kitchen so I had to call her back. It’s strange. I can call some numbers in that area with the MagicJack but I have to go through Google Voice for others.